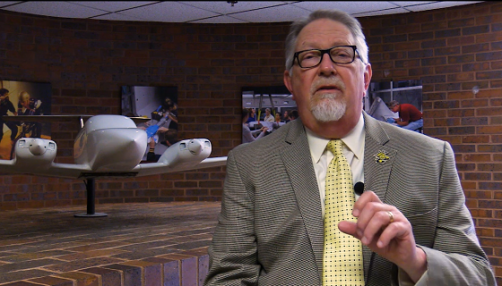 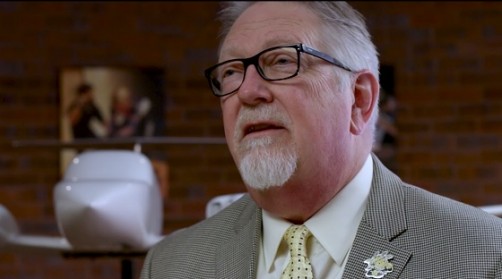 Newswise — WASHINGTON, D.C. – In the closest finish in nearly three decades of identifying the nation’s top airlines, Alaska Air barely edged out Delta Airlines to retain its No. 1 position, according to the 28th annual Airline Quality Rating (AQR), announced today, Monday, April 9, at the National Press Club in Washington, D.C.

Additionally, the AQR – a joint research project funded as part of faculty research activities at the W. Frank Barton School of Business at Wichita State University (Wichita, Kansas) and Embry-Riddle Aeronautical University’s Prescott, Arizona, campus – revealed that for the 2017 year, the airline industry as a whole performed better than in previous years.

The differential in the final overall score for best airline came down to only 0.005 between No. 1 Alaska Air and No. 2 Delta – who held onto the same spots achieved in the previous year’s ranking.

Key findings show that three of the four AQR factors tracked – involuntary denied boardings, mishandled bags and customer complaints – improved for the airline industry in 2017. On-time performance, the most heavily weighted element in the AQR, slipped in 2017.

Alaska’s and Delta’s performance actually slipped slightly in 2017, but the pair still finished on top. One significant finding is the gap between the best and worst performing airlines tightened in 2017.

Only three of the 12 airlines improved in all four categories – American Airlines, Frontier and United. Nine of the airlines rated performed better in 2017 over their 2016 AQR scores. Airlines that performed better in 2017 were American, Express Jet, Frontier, Hawaiian, Jet Blue, SkyWest, Southwest, Spirit and United. Those airlines whose scores declined in 2017 were Alaska, Delta and Virgin America.

“Overall, another good year of industry performance. The best-ever industry AQR score for 2017 is largely due to improvements in the rate of involuntary denied boardings and the rate of mishandled bags.  Consumers have demanded this, and the industry listened and improved,” said Dean Headley, associate professor of marketing at the W. Frank Barton School of Business at Wichita State University.

“A year ago, everyone watched a video of a passenger being dragged off of a plane, and even in recent months, airlines have had to deal with negative publicity via traditional media and social media for everything from mishandled bags and extended delays to fights onboard and cancellations. 2017 was a rough year for the airlines in the public’s eye,” Bowen said. “But the results of the study show that they are making the effort – even if it may seem incremental to the traveling public, the numbers are there. By offering increased transparency into their internal processes and expedited response times to passenger issues, we’re seeing improvements pretty much across the board.”

An electronic version of the full report, with details on each airline, is available at airlinequalityrating.com.

Inside this year’s rating

Below is the 2017 ranking of the nation’s largest 12 airlines, according to the Airline Quality Rating, with the 2016 ranking in parentheses:

As a note, the 2017 rating does include the same 12 airlines as in 2016. However, Virgin America and Alaska worked toward a merger of the airlines that was realized in early 2018.

Hawaiian Airlines had the best on-time performance (88.2 percent) for 2017, and Virgin America had the worst (70.0 percent).

Nine airlines improved their denied boardings rate in 2017. ExpressJet recorded the largest improvement and Spirit had the largest increase in the rate of denied boardings. Delta (0.05) and Hawaiian (0.09) are clear industry leaders in avoiding denied boarding incidents. Industry performance was better in 2017 (0.34 per 10,000 passengers) than it was in 2016 (0.62).

The industry performance is the lowest rate of involuntary denied boardings since the AQR started in 1991.

Seven airlines had improved mishandled baggage rates in 2017. The industry rate decreased from 2.70 per 1,000 passengers in 2016 to 2.46 in 2017, setting another industry performance record for lowest rate of mishandled baggage since the launch of AQR.

More about the Airline Quality Rating

No other study in the country is based on performance measures like the AQR. Criteria included in the report are screened to meet two basic elements: They must be readily obtainable from published data sources for each airline, and they must be important to consumers regarding airline quality. The resulting criteria include areas such as baggage handling, customer complaints, involuntary denied boardings and on-time arrivals.

The co-authors invite the flying public to participate in the Annual Passenger Survey at surveymonkey.com/r/AirPassSurvey2018.

An electronic version of the full report will be available after 9:30 a.m. (EDT) Monday, April 10, at airlinequalityrating.com. Click on the "press release" tab to access the ratings directly.

About Embry-Riddle Aeronautical University Embry-Riddle Aeronautical University is the world’s largest, fully accredited university specializing in aviation, aerospace, engineering and related degree programs. The university is also a major research center, seeking solutions to real-world problems in partnership with the aerospace industry, other universities and government agencies. A nonprofit, independent institution, Embry-Riddle offers more than 80 baccalaureate, master’s and Ph.D. degree programs in its colleges of Arts & Sciences, Aviation, Business, Engineering and Security & Intelligence. The university educates students at residential campuses in Daytona Beach, Fla., and Prescott, Ariz., through the Worldwide Campus with more than 125 locations in the United States, Europe, Asia and the Middle East, and through online programs. For more information, visit www.embryriddle.edu, follow us on Twitter (@EmbryRiddle) and facebook.com/EmbryRiddleUniversity, and find expert videos at YouTube.com/EmbryRiddleUniv.

About Wichita State University The mission of Wichita State University (www.wichita.edu) is to be an essential educational, cultural and economic driver for Kansas and the greater public good. Wichita State is a doctoral research university enrolling about 15,000 students and offering 59 undergraduate degree programs in more than 150 areas of study in seven undergraduate colleges. The Graduate School offers 45 master's and 12 doctoral degrees that offer study in more than 100 areas. Wichita State's Innovation Campus (www.wsuinnovationcampus.org) is an interconnected community of partnership buildings, laboratories and mixed-use areas where students, faculty, staff, entrepreneurs and businesses have access to the university's vast resources and technology. For more information, follow us on Twitter (www.twitter.com/wichitastate) and Facebook (www.facebook.com/wichita.state). 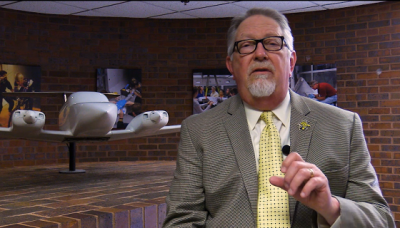 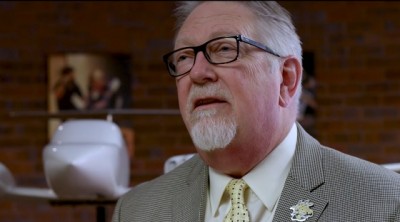