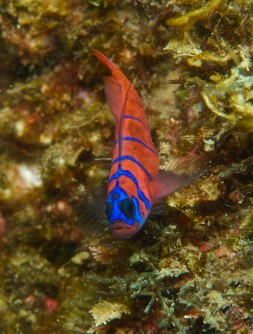 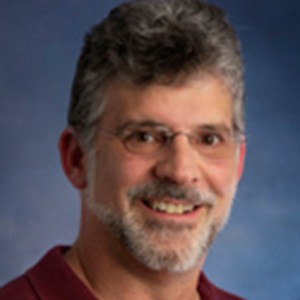 Androgen signaling is a critical regulator of male-typical reproductive behavior in vertebrates. This study found androgen receptor expression is also important in Lythrypnus dalli or the bluebanded goby, a bi-directional hermaphroditic fish that can undergo rapid adult sex change in either direction. Given appropriate social stimuli, these fish can transform reproductive tissue function and begin to reproduce as the opposite sex in under two weeks.

Bluebanded gobies live in small harems of one dominant male and multiple subordinate females. Their reproductive behavior is sexually dimorphic, with only males courting females, defending nests and caring for offspring. Male courtship behavior is composed of rapid ‘jerk swims,’ during which the pelvic and dorsal fins are extended and retracted, via the activation of the supracarinalis muscle.

The researchers discovered that males express more AR in the supracarinalis muscle relative to females. Higher AR expression in this muscle was also associated with greater rates of courtship and aggressive displays. The study was published in the journal PLOS One.

The researchers collected 12 male and 36 female bluebanded gobies near the University of Southern California’s Wrigley Institute of Environmental Studies in Santa Catalina Island, Calif. by scuba diving and using hand nets. Animals were placed in 12 social harems of one male and three females, and each group was placed in an aquarium at the Wrigley Institute for Environmental Studies.

Male behavior (aggressive approaches and jerk swims) directed at females in the social group was observed over the course of three days. Then, sections of muscle and spinal cord from the animals were examined using antibodies specific to the androgen receptor, a high-end imaging microscope and image capture software.

“A simple process of screening for sex differences in the expression of AR allowed us to identify an important muscle group involved in the regulation of male sexual behavior,” said Dr. Matthew Grober, associate professor of biology at Georgia State.

Though AR is also abundantly expressed in the spinal cord of these fish, there was no sex difference in the number of spinal motoneurons expressing AR, suggesting that female spinal circuits do not require elevated AR expression during sex change in order to generate male courtship/nesting behavior. In animals that are sexually plastic, rapid up-regulation of muscle AR may be a critical step in the initiation of male-typical behavior in a female individual.

The study was funded by the National Science Foundation and Georgia Research Alliance.