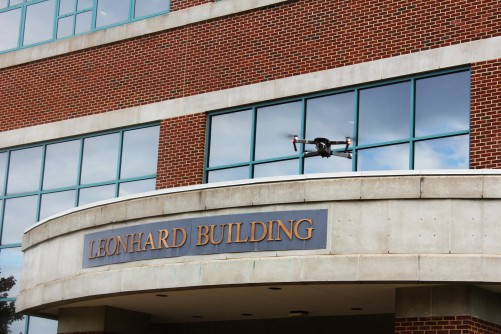 The Drone Autonomous Aerial Research Asset hovering above the Leonhard Buildin on the University Park campus. 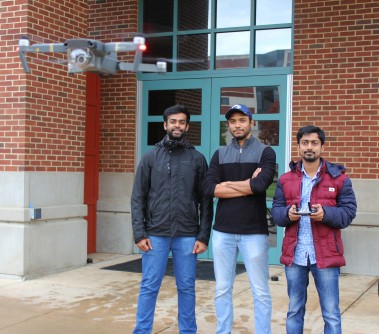 SEAL team members outside of the Leonhard Building with the drone (l-r): Aditya Ramdass, Balamurugan Dhanabal and Vignesh Ganesan 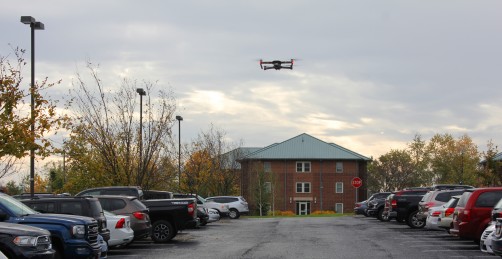 The drone capturing footage of a parking lot outside of Leonhard Building. 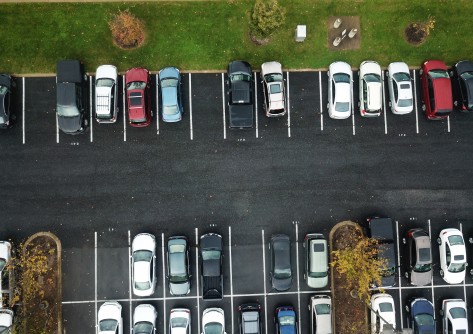 An aerial image of the Leonhard Building parking lot captured by the drone.

Earlier this month, a demonstration was held on the lawn outside of the Leonhard Building on the University Park campus to test the Drone Autonomous Aerial Research Asset.

The goal of SmartPark is to improve productivity by helping people find open parking spots quickly and efficiently, while also minimizing the possibility of conflict or altercations between drivers vying for the same parking spots. Additionally, the implementation of this technology will reduce the need for paying employees to work at parking booths.

The program was developed by three industrial engineering graduate students, who are members of a Service Engineering Academic Learning (SEAL) team. Their idea made it to the finals of Startup Week at Penn State, an annual university-wide event that brings together some of the leading minds in entrepreneurship and innovation.

The way this initiative will be utilized by the general public is through the development of a phone app, also called SmartPark. This program leverages relatively inexpensive technology for the betterment of society.

Vignesh Ganesan, one of the gradate students working on SmartPark, identified reasons why government officials would be supportive of this technological advancement.

“By ensuring smoother flow of traffic, reducing emissions, improving the use of parking facilities and identifying parking violators, this app will immensely benefit municipalities,” he said.

The SmartPark program was awarded first place in the master’s degree category of the annual SEE 360 student competition held by the student chapter of the Institute of Industrial and Systems Engineers. This achievement and subsequent award enabled the SEAL team to receive helpful feedback from industry experts in order to progress technologically from the concept stage.

Balamurugan Dhanabal, another member of the SEAL team, is hopeful about the possibilities that the future holds for the use of other drone-enabled services.

“With the recent improvements in drone technologies like longer battery life, increased emphasis on the safety of people by controlled flight and research on the development of drone charging pads and solar battery chargers, it is only a matter of time before drone technologies take over the marketplace,” said Dhanabal.

“Penn State’s industrial engineering program has long been an innovator in exploring emerging technologies, and drone-enabled services is no exception,” said Ramdass. “SEE 360 is an inspiring environment for working on optimizing the productivity of society while working alongside some of the brightest minds in the industry.” 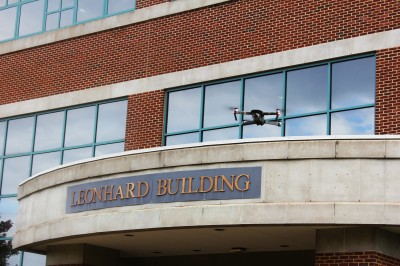 Caption: SEAL team members outside of the Leonhard Building with the drone (l-r): Aditya Ramdass, Balamurugan Dhanabal and Vignesh Ganesan 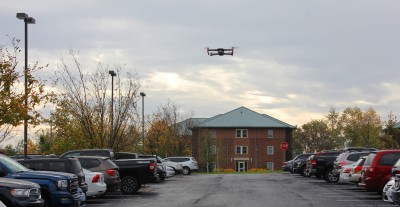 Caption: The drone capturing footage of a parking lot outside of Leonhard Building. 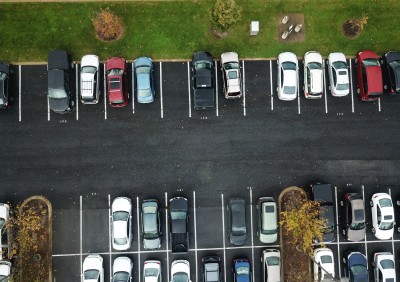 Caption: An aerial image of the Leonhard Building parking lot captured by the drone.