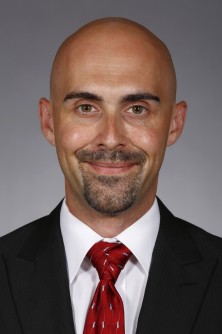 AMES, Iowa – The fact that obesity increases the risk of cardiovascular disease and some cancers is well known. But a new Iowa State University study adds to the growing evidence that memory loss should also be a top concern.

The study, published in the Journal of the American Medical Association Neurology, found a strong association between insulin resistance and memory function decline, increasing the risk for Alzheimer’s disease. Auriel Willette, a research scientist in the Department of Food Science and Human Nutrition at Iowa State, says insulin resistance is common in people who are obese, pre-diabetic or have Type 2 diabetes.

Willette and co-author Barbara Bendlin, with the Wisconsin Alzheimer’s Institute, examined brain scans in 150 late middle-aged adults, who were at risk for Alzheimer’s disease, but showed no sign of memory loss. The scans detected if people with higher levels of insulin resistance used less blood sugar in areas of the brain most susceptible to Alzheimer’s. When that happens, the brain has less energy to relay information and function, Willette said.

“If you don’t have as much fuel, you’re not going to be as adept at remembering something or doing something,” he said. “This is important with Alzheimer’s disease, because over the course of the disease there is a progressive decrease in the amount of blood sugar used in certain brain regions. Those regions end up using less and less.”

Willette’s work focused on the medial temporal lobe, specifically the hippocampus – a critical region of the brain for learning new things and sending information to long-term memory. It is also one of the areas of the brain that first show massive atrophy or shrinkage due to Alzheimer’s disease, Willette said.

Cognitive decline can have immediate impact

This is the first study to look at insulin resistance in late middle-aged people (average age was 60), identify a pattern of decreased blood sugar use related to Alzheimer’s and link that to memory decline, Willette said. Participants were recruited through the University of Wisconsin-Madison and Wisconsin Registry for Alzheimer’s Prevention study, an ongoing study that examines genetic, biological and lifestyle factors that contribute to dementia.

The link between insulin resistance and Alzheimer’s disease is important for prevention, but the risk is much more immediate, Willette said. Problems regulating blood sugar may impact cognitive function at any age. Testing for insulin resistance in obese patients and taking corrective action, through improved nutrition and moderate exercise, is a crucial first step, he said.

“We are terrible at adjusting our behavior based on what might happen in the future,” Willette said. “That’s why people need to know that insulin resistance or related problems with metabolism can have an effect in the here and now on how they think, and it’s important to treat. For Alzheimer’s, it’s not just people with Type 2 diabetes. Even people with mild or moderate insulin resistance who don’t have Type 2 diabetes might have an increased risk for Alzheimer’s disease because they’re showing many of the same sorts of brain and memory relationships.”

Understanding the progression of cognitive decline will take additional research. Willette says following those who are at-risk through the different stages of dementia and Alzheimer’s will offer insight as to what happens as their cognitive function declines.