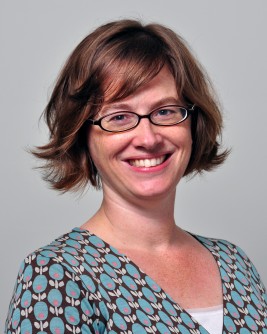 Public health expert Dr. Alison Buttenheim has a new study on the implications of not vaccinating children.

Newswise — Parents nervous about the safety of vaccinations for their children may be causing a new problem: the comeback of their grandparents’ childhood diseases, reports a new study from the University of Pennsylvania School of Nursing.

Despite the successes of childhood immunizations, wrote Penn Nursing researcher Alison M. Buttenheim, PhD, MBA, in the American Journal of Public Health, controversy over their safety has resulted in an increasing number of parents refusing to have their children vaccinated and obtaining legally binding personal belief exemptions against vaccinations for their children.

People who cannot get immunizations because of allergies or compromised immune systems rely on “herd immunity,” the protection they get from a disease when the rest of the population is immunized or immune, explained Dr. Buttenheim. If a high number of children go intentionally unvaccinated because of personal belief exemptions, herd immunity is compromised, she said, giving a disease the chance to spread rapidly.

Dr. Buttenheim and colleagues studied data that more than 7,000 public and private schools report to the California Department of Public Health each year, for some 500,000 kindergarteners. They found that the number of children with one or more personal belief exemptions increased 25 percent in the state from 2008 to 2010. They also found that exempt children tended to aggregate within individual schools, and that a growing number of kindergarteners—both vaccinated and exempt—were attending schools with potentially risky personal belief exemption rates.

“Vaccines are one of the great public health achievements of the last couple of centuries,” Dr. Buttenheim said. “They protect us from diseases that used to routinely kill hundreds of thousands of children in the United States and still kill hundreds of thousands globally. It’s not just important for a child to be vaccinated, it’s important at a population level to have high rates of coverage.”

In 2008, a measles outbreak spread in California. It was traced to a child whose parents had decided not to vaccinate him. He brought the disease back from Europe, infecting other children at his doctor’s office and his classmates. The boy’s parents had signed a personal belief exemption affidavit stating that some or all of the immunizations were against their beliefs, thereby allowing their son to go unvaccinated before entering kindergarten. California is one of 20 states that allow such exemptions.

Nationally, because of generally widespread vaccination coverage among children, vaccine-preventable childhood diseases that once caused substantial disease burdens and death in the United States remain rare occurrences. Measles once infected four million people and killed 4,000 of them each year, mostly young children. With high measles vaccine coverage over several decades, endemic measles was eliminated in the United States as of 2000. The current routine childhood immunization schedule is estimated to prevent 42,000 deaths and 20 million cases of disease and to save $14 billion in direct medical costs per U.S. birth cohort.

Dr. Buttenheim plans to test several interventions at the school level, including new incentive structures for schools to increase adherence rates. She believes the school nurse can play a key role in encouraging parents to get children immunized. “We know everyone is heavily influenced by social norms and pressure,” she explained, and school nurses can set the expectation that children get fully vaccinated. “I think the school nurse can really act as a gatekeeper here, and reset the norm in favor of immunization.”

The University of Pennsylvania School of Nursing is one of the premier research institutions in nursing, producing new knowledge in geriatrics, pediatrics, oncology, quality-of-life choices, and other areas. Researchers here consistently receive more research funding from the National Institutes of Health than any other private nursing school, and many Master’s programs are ranked first in the country.