Interruptions after work: why phone calls and texts are worse than emails

Newswise — Athens, Ga. – Communications after work can lead to burnout and stress, especially if it comes from phone call, according to new research from the University of Georgia. The researchers found that emails, phone calls and text messages have different consequences for employees.

“The technology you use matters,” said Elena Karahanna, professor of management information systems in UGA’s Terry College of Business and coauthor of a new paper published in MIS Quarterly that examines for the first time how different forms of communications technology affect employees when they are off the clock

“We found that email interruptions allow workers to be in control of when they can respond. They can find an opportunity when it’s least disruptive to their personal lives. That kind of interruption has almost no negative effects.”

But when employees feel they have no control over the timing of the interruption, as with a phone call, the psychological transition and personal life fragmentation are more acute.

“Unlike email, the synchronous or near-synchronous nature of calls and texts has a lot of negative consequences,” Karahanna said. “Phone calls have the largest effect on feeling exhausted at work and at home. The effects of text messaging are not quite as negative as phone calls but worse than email.”

“These interruptions into our personal lives—the texts, emails or phone calls that come from work after hours—take a toll on us,” she said. “Thinking about the costs led us to study this issue.”

At first, work-related interruptions may not be problematic. But as those interruptions build up, negative outcomes start to manifest. Stress builds. Good will and cheery moods fade away. Burnout ensues. The work-life balance becomes tenuous.

“The issue arises when the number of interruptions grows so large that it depletes our spare time and energy,” Karahanna said. “When this happens, you’re tapping into critical reserves that you need in order to function well and to meet the responsibilities of your personal life.”

In part that’s because the psychological transition that employees must perform to switch in and out of “work mode” is mentally draining.

“When you are at dinner or your child’s ballgame and you get a phone call from work, you have to move into work mode,” Karahanna said. “Once the interruption ends, you have to transition back into your personal life. These transitions can cause ruminative thoughts about work to linger. When you’re preoccupied with work, your personal time feels more fragmented and invaded. You feel as though you’re always on, and that leads to exhaustion.”

Not all interruptions are bad, however. Some can put a preoccupation to rest — a concept the researchers called task closure.

“When interruptions that bring closure happen outside of work hours, like getting a call that the last thing to finish a big project got done, that’s a good thing. Then you can end your preoccupation and focus on your personal life,” Karahanna said.

The paper, “Life Interrupted: The Effects of Technology-Mediated Work Interruptions on Work and Nonwork Outcomes,” was co-authored by Adela Chen, an assistant professor of computer information system at Colorado State University and a Ph.D. graduate of the University of Georgia. 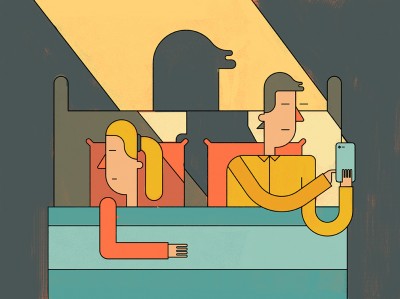 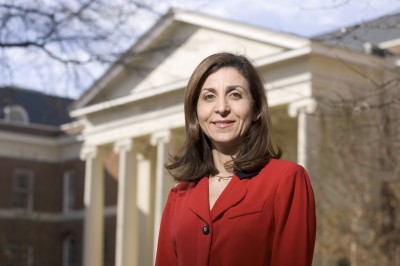 Caption: Elena Karahanna, professor of management information systems in UGA’s Terry College of Business, is coauthor of a new paper published in MIS Quarterly that examines for the first time how different forms of communications technology affect employees when they are off the clock.

All Journal News Apps In the Workplace Technology Local - Georgia