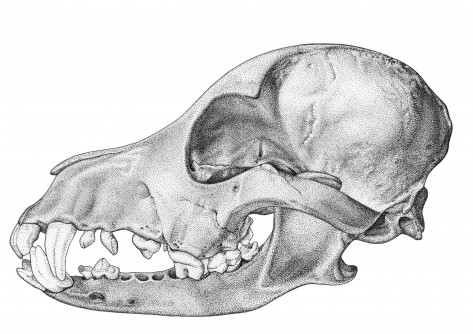 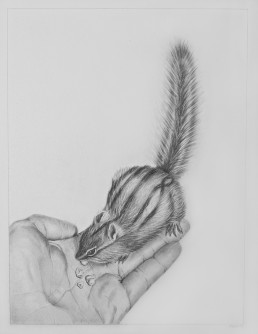 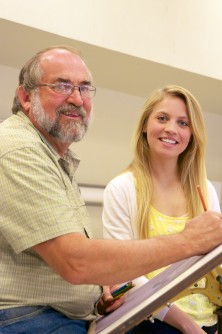 Newswise — AMES, Iowa — A month before she started school at Iowa State University, Caitlin Mock, Pella, planned to study biology. Then she discovered a different major, one that was a little under the radar but combined her keen interest in science with her artistic side — biological and pre-medical illustration.

Now a senior, Mock is one of about 60 Iowa State students majoring in BPMI. Although BPMI may be an unusual major — fewer than 10 similar programs exist or are planned at other American universities — Iowa State's program turns 30 this year.

An artist who leans more to the science side, Mock was drawn to the program’s “unique” environment.

“I said I’d try BPMI and switch majors if I didn’t like it,” Mock recalled. “But I fit right in. It’s a cool community.”

The art of learning and understandingBiological and medical illustrators work with researchers, doctors and others to turn detailed and complex information into visual images. Their work is found in textbooks, scientific journals, instructional videos, museum exhibits, surgical brochures and many more places, including courtrooms when juries need to understand complicated medical information.

At Iowa State, BPMI is a shared program between the College of Liberal Arts and Sciences and the College of Design. The program educates students in the divergent fields of natural science and art to produce drawings, paintings, sculptures, computer animations and other scientifically accurate art forms that also are aesthetically pleasing.

“Most of the students will say, ‘I love science, but I can’t give up the art’ or vice-versa,” said Jennifer Owens, who has been a BPMI academic adviser for about 15 years. “They tend to live in both worlds equally. It’s really a unique skill set.”

About half the graduates go into master’s programs to become certified medical illustrators. The other grads find positions with scientific publishers, museums, gaming and software companies, and other employers needing people with keen artistic skills and an eye for detail.

Mock wants to enter the field of anasplastology and create facial prosthetics, such as ears and noses. She hopes to attend one of the three U.S. schools that offer a master’s degree in medical illustration.

Some BPMI students have enjoyed the science so much they have gone into fields like medicine, dentistry, podiatry and biochemistry. A few others have gone the other route by becoming full-time artists.

“The most successful students are very good to excellent in both fields,” said Dean Biechler, a lecturer in liberal arts and sciences and integrated studio arts.

“You need a sound understanding of the sciences so when a physician or a scientist talks to you, your eyes won’t glaze over,” Biechler added. “At the same time, you have to be very good in art.”

Biechler, along with John Dorn, a 1999 graduate of the ISU program, are medical and biological illustrators who teach most of the program’s art courses.

Biechler says the most important thing BPMI students do is communicate.

“We’re conceptual artists. It’s not just about pretty pictures, they have to tell a story,” Biechler said.

The art of precision and accuracyBPMI drawings are as varied as the natural world, including skeletons, organs, birds, fish, mammals, plant life and microbes. And illustrators use a variety of media: paint, charcoal, pen and ink, colored pencils and software programs such as Photoshop. The art also can be three-dimensional.

To ensure accuracy, Biechler counts ribs, vertebrae, even spines and rays on fish when critiquing student drawings. Precision drawings can be time consuming, especially for less experienced student illustrators. However, Biechler said the goal is skill development, not speed.

“We’re always looking at the taxonomy,” he said. “They must be accurate.”

“They take the same introductory courses as the biology students.”

Clark explained the science background is needed when a student has to demonstrate, for example, how a muscle or nerve works.

“The drawing cannot just be artistically pleasing. The illustrator has to show the form and function relationship,” Clark said.

In a world filled with high-tech photography and video capabilities, Clark is sometimes asked why biological and medical illustrations are still needed. It’s interpretation, she said.

“Even with all the digital images, you must have interpretation. You must show the most important features and the relationships involved among those features.”

When a new plant species is discovered, she said an illustration can more clearly show the differences in the new species. Illustrations also are needed to show hidden processes, such as a microbial activity within the soil.

“Students must synthesize a lot of data and determine how best to show it visually,” Clark said.

Only a small community of students can draw and be anatomically and scientifically accurate. An art student once told Mock that her work does not need to be perfect.

“Oh, yes it does,” Mock replied, adding, “We’re all pretty much perfectionists.” 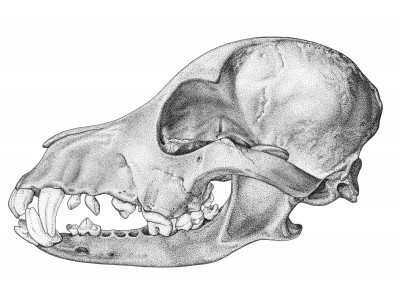 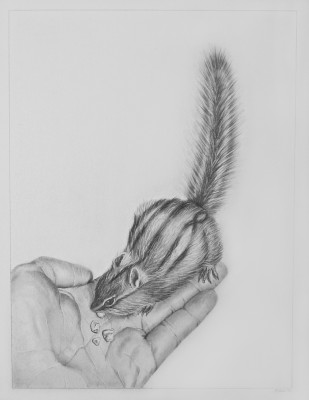 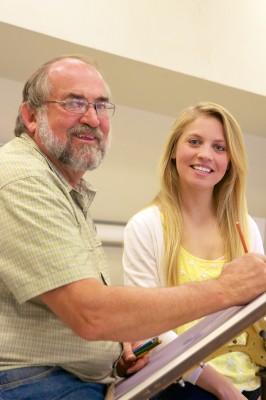