Is the Flame Retardant, Tetrabromobisphenol A (TBBPA), a Reproductive or Developmental Toxicant?

A Reproductive, Developmental and Neurobehavioral Study Following Oral Exposure of Tetrabromobisphenol A in Sprague-Dawley Rats

18-Feb-2015 7:40 AM EST, by Toxicology Excellence for Risk Assessment
favorite_border 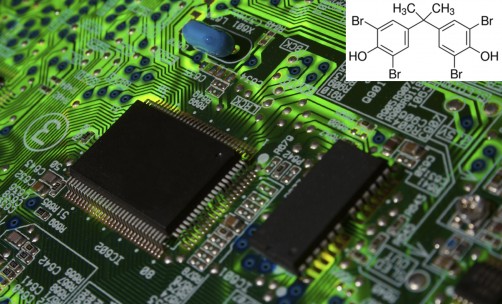 Newswise — Tetrabromobisphenol A, or TBBPA, is a useful flame retardant used in a variety of consumer products, including electrical equipment and household furniture. Organobromide flame retardants such as TBBPA are widely used due to their efficacy and in order to meet fire safety standards for products on the market, but concerns have been raised due to TBBPA's ability to leach into the environment and produce adverse effects on human health and ecosystems overall (Decherf and Demeneix, 2011).

TBBPA has been shown in vitro to bind to estrogen hormone receptors at high concentrations (Gosavi et al., 2013) and cause other effects on hormone sensitive parameters (Decherf and Demeneix, 2011). In 2004, TBBPA had an annual global production of more than 170 kilotons, though only 20-30% of the total volume produced was used as an additive flame retardant on material subject to environmental leaching (ECB, 2006). Though the live animal toxicity database on TBBPA does not suggest that this flame retardant has any substantial impact on systemic effects, including endocrine function, the potential effects of TBBPA on developmental and reproductive functions have not been examined.

This recent article submitted to the journal Toxicology by Cope et al. (2015) studies the influence of TBBPA on reproductive and developmental parameters in Sprague-Dawley rats exposed orally at doses up to 1000 mg/kg of body weight daily in two separate, unpublished developmental and multi-generational studies, also examining endocrine function and behavioral, neurological and neuropathic functions in the offspring.

TBBPA was not found to be a developmental toxicant in rats, showing no signs of adult maternal toxicity or overt teratogenicity. Results from the multigenerational study showed a sole histopathologic alteration in the F2 generation with a thinning of the brain parietal cortex, though this was considered reversible and interpreted with caution, due to no other neurodevelopmental or neurofunctional deficits being noted. Decreases in serum T4 in the thyroid were found with absences of concurrent changes in other thyroid hormones, such as T3 and TSH, leading the authors to conclude that this pattern of change has been seen with other xenobiotics in rodents and has not yet been seen in humans. The authors suggest that this is possibly due to a protein chaperone, thyroxine binding globulin or TBG, not found in rats and thus allowing humans to be more resistant to the effects of TBBPA on T4. No other effects were noted for TBBPA in the multi-generational study.