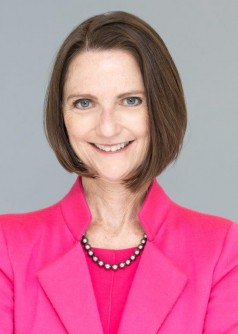 Newswise — BLOOMINGTON, Ind. -- The NCAA should enact rules aimed at reducing sexual assaults by athletes while more equitably punishing the perpetrators and their universities, according to a newly published article by an Indiana University expert.

Jayma Meyer is a civil rights lawyer, a former nationally competitive swimmer and a member of the faculty at IU's School of Public and Environmental Affairs.

In an article in the Syracuse Law Review, "It's on the NCAA: A playbook for eliminating sexual assault," Meyer describes what she sees as a crisis in intercollegiate athletics: "We know right now that the problem is real. Athletes engage in acts of sexual violence too frequently and athletic departments mishandle those situations too frequently."

Indiana University Athletics, acting on its own, adopted a policy in April that disqualifies any prospective student-athlete from participating in any intercollegiate activities or receiving athletically related financial aid if they have been convicted of or pleaded guilty or no contest to a felony involving sexual violence, or if they have been disciplined by a school through a formal institutional process for sexual violence. The policy is considered to be unique among individual NCAA member schools.

While noting a lack of hard data on the extent of sexually violent athletes, Meyer says most college athletes deal smoothly with their unique circumstances and the overwhelming majority are not more prone to misconduct than other students. But she points to an explosion in the media of high-profile incidents involving athletes and studies that show as many as one in four college women are victims of sexual violence. In the wrong setting, the ingredients that can cause trouble are present:

Efforts to address the problem are handicapped by a welter of federal and state laws and campus guidelines. Meyer suggests that the NCAA is in the perfect position to better and more uniformly address the problem and proposes it enact rules that would have comparable consequences for violations as those that govern its other eligibility rules. Among those new rules would be these provisions:

Meyer concludes the NCAA should establish an independent office specifically to address the sexual assault crisis. It would evaluate requests for waivers, collect data and analyze precisely the extent of the problem. The office also would be charged with confirming that its rules treat all people fairly and that no sub-groups are discriminated against. She suggests funding could come from revenues associated with the March Madness basketball tournament and the College Football Playoffs.

"By implementing these rules, the NCAA can make a significant impact immediately," Meyer writes. "It is unquestionably the best-placed institution to bring a consistent, fair and informed solution to bear on this problem nationally."

Meyer teaches sports law and public policy at SPEA. She is also an attorney with Simpson Thacher & Bartlett. Meyer has represented clients on antitrust and sports issues throughout the U.S., including briefings in the U.S. Supreme Court. Currently, she focuses on pro bono clients with matters involving gender, sports and education, especially Title IX litigation on behalf of high school girls.

Meyer is active on a variety of nonprofit boards seeking gender equity and fairness in sports, including the National Women's Law Center and the Women's Sports Foundation.