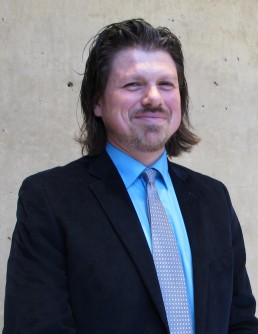 Galen Clavio, director of the National Sports Journalism Center and associate professor of sports media in the IU Media School, is curious to see how television coverage from rights holder NBC is received by Olympic Games fans, particularly on social media.

"There's an obvious and difficult conflict that NBC has to deal with, and it deals directly with trying to balance the needs of two different audiences," Clavio said. "On the one hand, NBC has to satisfy their traditional Olympics audience, who wants to watch compelling stories of elite American athletes during primetime. On the other hand, you've got a younger demographic who wants to watch events live as they happen, rather than on tape delay, and wants equal coverage of top athletes regardless of their nationality.

"NBC has taken a lot of flak from online fans and journalists for their television coverage approach during the last few Olympics. An entire Twitter hashtag, #NBCFail, organically appeared during the 2012 Games that people used as an outlet for frustrations with the network's approach. But it's never quite so simple as those critics make it out to be. A lot of people, particuarly older viewers, prefer to watch the Olympic Games in a certain way, and NBC seems to consider that their primary audience," he said.

Clavio says that the brand recognition of the Olympics, combined with the younger audience's adaptation to both social media and video-on-demand, have led to the conflict and criticism over NBC's coverage.

"The Olympic Games feature the best athletes in the world, competing live in various events for almost three straight weeks. Many younger fans who were weaned on ESPN's 24-hour coverage of sports and who have found like-minded online communities on Twitter and Reddit want to share the experience of watching those games as they happen, not wait for a pre-packaged and edited version of events they already heard the results of on social media hours earlier," Clavio said. "NBC has taken a lot of steps to satisfy those fans. This includes beefing up their social media coverage, holding a separate 'Social Media Opening Ceremony' with Ryan Seacrest, bringing in 'influence partners' with tens of millions of existing followers to promote their coverage, and adding 1,000 more hours of live streaming than they had four years ago. The question is, will that be enough?"