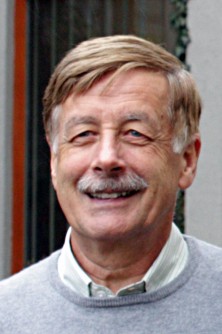 Newswise — The Soil Science Society of America will present the Don and Betty Kirkham Gold Medal to Dr. Martinus (Rien) T. van Genuchten, retired from the Federal University of Rio de Janeiro, at the 2016 Kirkham Conference at Ben-Gurion University of the Negev, April 10-14 in Sede Boqer, Israel. The prestigious award will be presented by Mary Beth Kirkham, daughter of the award’s namesakes, Don and Betty Kirkham.

This is only the second time the Don and Betty Kirkham Gold Medal has been awarded since the award’s inception in 2008. The first Kirkham Gold Medal was awarded in 2008 to Don Nielsen, University of California-Davis, for his extraordinary commitment to science and soil physics and support of soil physicists around the world.

“Dr. van Genuchten’s landmark contributions and leadership in soil physics and vadose zone hydrology serve as the basis for this Gold Medal,” says Jan Hopmans, University of California-Davis, who chairs the selection committee.

“His many achievements have transformed hydrologic science applications by propelling the soil physics and vadose zone hydrology disciplines in the mainstream geosciences field. Especially important have been his studies of the basic processes affecting water and contaminant transport in variably-saturated (vadose zone) systems, his contributions in analytical and numerical modeling, his development of powerful inverse (parameter estimation) methods, and his documentation of computer software that is now being used worldwide in the scientific and engineering communities. Equally important has been long-time service to the profession,” Hopmans added.

Van Genuchten is likely best known for the theoretical equations that he developed for the constitutive relationships between capillary pressure, water content and the hydraulic conductivity of variably-saturated porous media (van Genuchten, 1980). Because of their attractive mathematical properties, and their simplicity, the "van Genuchten equations" are now universally used in numerical simulators of subsurface flow and transport processes. In addition to his research impacts, van Genuchten’s leadership has largely contributed to the successful careers of countless graduate students, junior scientists, and post-doctoral and visiting scientists.

Throughout his career, van Genuchten has given seminars, short-courses, and invited presentations in 30 different countries throughout the world. Van Genuchten was instrumental in SSSA launching Vadose Zone Journal, dedicated specifically to the variably-saturated vadose zone, and served as its founding editor.

“He has brought enormous visibility and credibility to the soil physics profession. His personal and team research over the past 30 years has been second to none in the world, as has been his service to the profession,” says Hopmans. “Rien’s contributions to the Soil Science community are an inspiration for us all.”

Van Genuchten was elected Fellow of American Association for the Advancement of Science, American Geophysical Union, Soil Science Society of America and American Society of Agronomy, as well as received several awards such as an honorary doctorate degree from the University of Hannover in Germany (2004), the Dionys Štur SAS Medal of Honour from the Slovak Academy of Sciences (2005), and the John Dalton Medal from the European Geosciences Union (2010).

The Don and Betty Kirkham Gold Medal is presented every eight years at alternate Kirkham Conferences to a retired scientist and commemorates the unexcelled career achievements of those most extraordinary individuals throughout the world who uniquely contributed to soil physics because of their inspirational teaching, research and professional activities.