Lack of Safety at School and Poverty Linked to Childhood Obesity 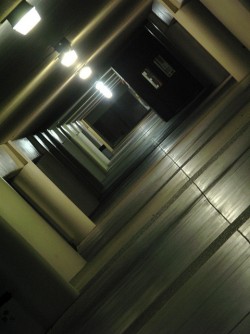 A lack of safety at school is one of the correlates of childhood obesity, say researchers at the University of Montreal and its affiliated Research Centre at CHU Sainte Justine children’s hospital.

Newswise — A lack of safety at school is one of the correlates of childhood obesity, say researchers at the University of Montreal and its affiliated Research Centre at CHU Sainte Justine children’s hospital. “Childhood obesity is caused and sustained by a complex range of factors. Our research reveals a complex intertwining of feelings of being unsafe and poverty with obesity,” explained senior author Dr. Tracie Barnett. “Surprisingly, we have found that although victimization at school is linked to childhood obesity and more screen-time, screen-time itself was not correlated with obesity. This suggests a key role for feeling unsafe and victimization in perpetuating obesity.”

The researchers came to their conclusions by reviewing data provided by 1,234 Quebec youths who had just entered secondary school. The students were asked about their feelings of safety at school and whether they had been verbally, socially or physically bullied. This information was supplemented with data covering their family background and their health behaviours. In addition, teachers rated what the atmosphere was like at their school – whether there were areas the youth were afraid to go to, for example. “Youth who experienced chronic poverty were more likely to be overweight than those who hadn’t, yet these youth tended to have higher levels of physical activity, possibly due to lesser use of car transport,” said author Dr. Caroline Fitzpatrick. “Other factors such as feeling unsafe and being victimized at school helped explain underprivileged youths' increased probability of being obese or overweight.” The team also found that boys were more at risk of feeling unsafe and being victimized at school than girls.

It is possible that there is a chicken-and-egg dilemma at play as to the relationship between obesity and bullying, and the researchers can't rule out that youth are bullied because they are obese or overweight and this contributes to the perpetuation of the problem. Moreover, for youth living in poverty, victimization at school may be a particular problem. “Youth living in long-term poverty mainly report feeling unsafe at school due to their victimization. However youth who had experienced poverty in early childhood felt unsafe regardless of bullying, which may be due to feelings of vulnerability brought on by poverty or the effects of long-term stress on mental and physical health, a process referred to as allostatic load,” explained author Dr. Carolyn Côté-Lussier. “Our results suggest that there is also a family transmission of weight status, which underscores the prohibitive role of family poverty in terms of youth opportunities to adopt behaviours that will enable them to achieve healthy weights.”

Feeling safe at school and being the victim of bullying are not one and the same. "Part of the aim of this research is to identify population-level factors that can be targeted to improve youths' feelings of safety," explained Dr. Côté-Lussier. "It may be difficult to reduce specific instances of bullying, but some of our research suggests that increasing neighborhood greenery and reducing disorder can improve youths' perceptions of safety at school regardless of bullying."

Dr. Barnett believes the findings underscore the need to address multiple environmental factors in order to fight childhood obesity. “Increasing youths’ feelings of safety at school is one potential intervention amongst many that could buffer the relationship between poverty and being overweight,” she said. “In addition to targeting actual school violence, a youth’s perception of safety at school might be increased by improving the neighborhood environment, his or her relationship with teachers and by encouraging a climate of respect and appreciation in the school as a whole.”