By reducing error rates by 2 to 3 times, the noise-aware circuit learning approach is poised to play a key role in reaching quantum advantage 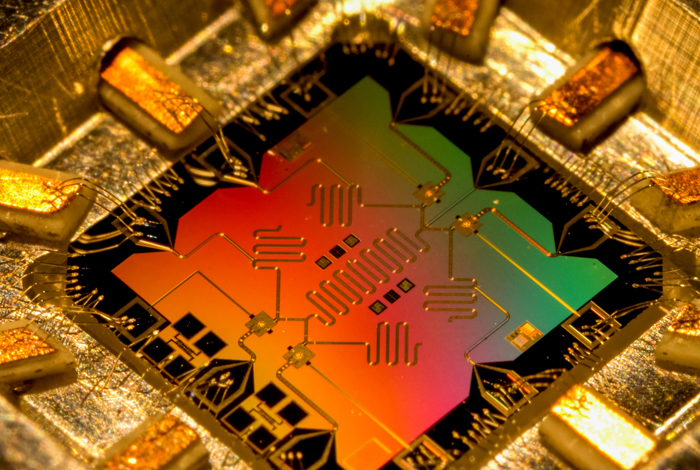 Noise-aware circuit learning uses machine learning to formulate a circuit, or algorithm, with the best strategy to run a specific task in the most reliable way on a given quantum computer.

Newswise — LOS ALAMOS, N.M., Feb. 17, 2021—Using machine learning to develop algorithms that compensate for the crippling noise endemic on today’s quantum computers offers a way to maximize their power for reliably performing actual tasks, according to a new paper.

“The method, called noise-aware circuit learning, or NACL, will play an important role in the quest for quantum advantage, when a quantum computer solves a problem that’s impossible on a classical computer,” said Patrick Coles, a quantum physicist in at Los Alamos National Laboratory and lead author on the paper, “Machine learning of noise-resilient quantum circuits,” published today in Physical Review X Quantum.

“Our work automates designing quantum computing algorithms and comes up with the fastest algorithm tailored to the imperfections of a specific hardware platform and a specific task,” said Lukasz Cincio, a quantum physicist at Los Alamos. “This will be a crucial tool for using real quantum computers in the near term for work such as simulating a biological molecule or physics simulations relevant to the national security mission at Los Alamos.”

Coles likened the machine-learning approach to a vaccine that strengthens a person’s resistance to a virus by training their immune system in the presence of a piece of that pathogen. Similarly, the machine learning trains quantum circuits in the presence of a specific quantum computer’s noise processes. The resulting circuit, or algorithm, is resistant to that noise, which is the biggest problem facing today’s noisy intermediate-scale quantum computers.

NACL starts with two things: a description of a computational task and a model of the noise on the quantum computer that will perform the task. Then the machine learning program formulates a circuit with the best strategy to run the task in the most reliable way on that particular computer, based on its unique noise profile.

The framework is practical, too. It works for all of the common tasks in quantum computing — extracting observables, preparing quantum states, and compiling circuits. The Los Alamos–led team tested sample problems in each of these areas and demonstrated that NACL reduces error rates in algorithms run on quantum computers by factors of 2 to 3 compared to textbook circuits for the same tasks.

Noise Leads to Errors
Errors are caused by disruptive noise in the form of various kinds of interactions between the quantum bits, or qubits, and the surrounding environment. Those interactions cause the qubits to lose their “quantumness” in a process called decoherence, which occurs within a millionth of a second.

Quantum bits are the fundamental processing unit of a quantum computer. Bits on a classical computer can only have a value of 0 or 1—that’s the basis of all computing on your phone or laptop. Qubits, on the other hand, can have a value of 0, 1, or various “superpositions” that result in probabilities between 0 and 1. That quality gives quantum computers their potential for supreme processing power.

Letting the Computer Do the Work
“In this new research, we let the computer discover what’s best,” Coles explained. “In essence, we say, ‘Computer, please find the best strategy for making a resilient circuit.’ We found the computer discovers strategies that make sense to us.”

It turns out the shortest circuit isn’t always the best. Every gate is imperfect, so sometimes it’s better to add gates that correct errors on the fly.

For instance, if a particular computer erroneously over-rotates one individual qubit, the machine learning might surround it with other gates to correct errors from original gate. That’s a well-known strategy called dynamically corrected gates, but it emerges spontaneously out of the NACL optimization procedure.

Another common error-correction strategy in quantum computing is called drift, or the do-nothing gate—a qubit is left undisturbed by the algorithm, and its quantum state drifts, like a boat on a lake. If its state is a certain electron spin, for example, the earth’s magnetic field might cause a tiny alteration in that spin. But NACL rarely chooses to let a qubit sit and do nothing—the machine learning wants a gate to do something.

Classical Training, Quantum Results
Coles said the team’s theoretical work involved developing a noise model of the quantum computer of interest, putting that model on a classical desktop computer, then training the machine learning on that model. After training, the machine learning output circuit, or algorithm, adapted to that particular quantum computer’s noise model.

The team then transferred the resulting algorithm to the quantum computer and evaluated its outcomes on target problems. The evaluation is based on how closely the observed output matched standard ways of measuring that output for a known problem.

NACL brings a few advantages compared to other methods of compiling circuits for qubits. For instance, NACL can automatically derive known noise suppression concepts and apply them where they are useful. It also incorporates common-sense strategies such as minimizing the number of noisy idle gates and maximizing the use of ideal gates.

“For the future, it will be important to figure out how to scale NACL to develop noise-resilient circuits for larger devices,” Coles said.

Co-authors of the paper are Lukasz Cincio, also of Los Alamos, and Kenneth Rudinger and Mohan Sarovar, of Sandia National Laboratories.