With targeted therapies no longer viewed as a “magic bullet” for cancer treatment, this study suggests that macrophages could be a new therapeutic target for patients with melanoma. 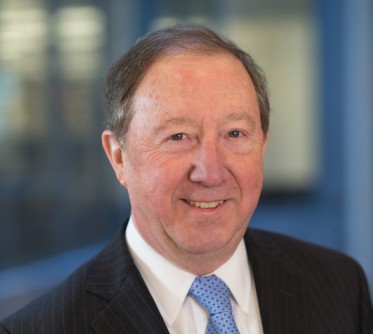 Newswise — PHILADELPHIA—(March 17, 2015)— In the last several years, targeted therapies – drugs that directly impact specific genes and proteins involved in the progression of cancer – have been approved for a wide variety of cancers, including melanoma, the deadliest form of skin cancer. Now, researchers at The Wistar Institute have discovered one way in which melanoma becomes resistant to a particular form of targeted therapy, and understanding this phenomenon may lead to a new melanoma target or prompt new designs of these treatments.

The findings were published by the journal Clinical Cancer Research.

When targeted therapies were first approved for the treatment of cancer, they were hailed as a potential “cure” for different types of cancers and an acceptable alternative to chemotherapy, since they were designed to target the mutations responsible for cancer while sparing healthy, unmutated cells. In the case of melanoma, the gene BRAFV600E/K seemed like a particularly promising target, since the gene is mutated in approximately 40 to 50 percent of all cases of melanoma. However, while patients with these mutations who receive drugs designed to target BRAF mutations do live slightly longer, they often relapse within several months of treatment.

“We once thought targeted therapies could be a ‘magic bullet’ for cancer treatment, but we’ve learned over time that this simply is not the case, especially with regard to BRAF inhibitors for melanoma,” said Russel E. Kaufman, M.D., president emeritus of The Wistar Institute and lead author of the study. “We felt it was important to examine the tumor microenvironment to provide one possible explanation for why patients become resistant to targeted therapy in order to guide treatment decisions and perhaps arrive at better, more effective therapies.”

Kaufman and his research team decided to focus on macrophages, a type of white blood cell that has been nicknamed “Pac Man” by immunologists because it goes around and “eats” various types of cellular debris, similar to the arcade character. Macrophages are the most abundant inflammatory cell in melanomas, and their presence is inversely correlated with patient outcome at all stages of the disease. Melanoma-associated macrophages have been linked to cancer progression in a number of ways, but their role in resistance to BRAF inhibitors had not been properly defined prior to this study.

Melanoma cells and macrophages were evaluated by using an in vitro cell coculture system and a number of analytic procedures to determine levels of cancer proliferation and cell death. The researchers also used two mouse preclinical models to determine whether using macrophages as targets can actually increase the effectiveness of BRAF inhibitors.

The researchers found that BRAF inhibitors activate the mitogen-activated protein kinase (MAPK) pathway in macrophages. This pathway is used by cells to help receptors on the surface of the cell communicate with the DNA inside of the cell to produce proteins. In this case, the activation of the pathway leads to the production of vascular endothelial growth factor (VEGF), a signaling protein closely associated with tumor growth because it promotes the formation of blood vessels that the tumors need to survive. VEGF produced in the macrophages in turn activates the MAPK pathway in melanoma cells, thereby stimulating the growth of cancer cells.

With this information, the researchers discovered that blocking the MAPK pathway or VEGF signaling appears to reverse macrophage-mediated resistance. Targeting macrophages also increased the antitumor activity of BRAF inhibitors in mouse and human tumor models. Conversely, the presence of macrophages in melanomas was able to predict earlier relapse after treatment.

“This study gives us important insight into the off-target effects these inhibitors can have on patients,” Kaufman said. “With this piece of information, we have determined just how important one of these off-target effects can be, and from here, we can decide whether the right approach is to target the macrophages themselves or to design new BRAF-inhibiting drugs that do not activate macrophages.”

The Wistar Institute is an international leader in biomedical research with special expertise in cancer research and vaccine development. Founded in 1892 as the first independent nonprofit biomedical research institute in the country, Wistar has long held the prestigious Cancer Center designation from the National Cancer Institute. The Institute works actively to ensure that research advances move from the laboratory to the clinic as quickly as possible. Wistar Science Saves Lives. On the Web at www.wistar.org.###