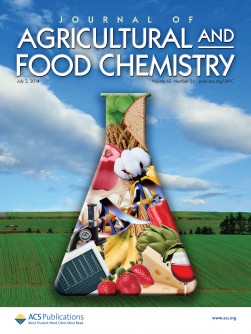 Newswise — With grilling season upon us, many backyard cooks are turning to more healthful alternatives to their savored but fatty hot dogs. But low fat can sometimes mean low satisfaction. Now researchers are reporting new progress toward addressing the texture problem in low-fat wieners that are made with olive oil rather than pork fat. Their study was published in ACS’ Journal of Agricultural and Food Chemistry.

Ana M. Herrero and colleagues note that hot-dog consumers have come to expect just the right amount of chewiness and springiness, among other things, from their beloved summer fare. But traditional hot dogs come with a large dose of pork back-fat. To build a more healthful frankfurter, Herrero’s team has developed olive oil “bulking agents” to replace the saturated animal fat. The substitutes contain 55 percent olive oil, which contains more healthful unsaturated fats, and could reduce the calories by more than a third. But knowing that only alternatives that closely mimic the high-fat originals will win over BBQ fans, the researchers analyzed them for texture and storage potential.

To explore factors important to texture, they used a technique called Raman spectroscopy to probe the protein and lipid structures of two low-fat recipes and their relationship with textural properties. They also tested how well they held up during refrigeration. The researchers figured out how protein and lipid structures affect texture. They also found that regardless of ingredients, all the franks, including those made with pork fat, responded similarly to cold conditions for nearly three months – long enough to last through the entire summer.

The authors acknowledge funding from the Institute of Food Science, Technology and Nutrition (Spain).

To learn more about the secret to low-fat hot dogs, check out our ACS video explaining the research.

Journal of Agricultural and Food Chemistry