Chemists funded by NIH are working to develop “greener” processes for discovering, developing and manufacturing medicines and other molecules with therapeutic potential, as well as compounds used in biomedical research. Organic chemist Bob Lees describes some of these efforts. 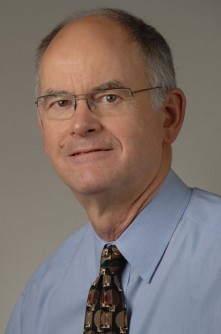 Newswise — Chemists funded by NIH's National Institute of General Medical Sciences (NIGMS) are working to develop “greener” processes for discovering, developing and manufacturing medicines and other molecules with therapeutic potential, as well as compounds used in biomedical research. One of NIGMS' scientific experts, organic chemist Bob Lees, describes some of these efforts.

What is green chemistry?

Green chemistry is the design of chemical processes and products that are more environmentally friendly. Among the 12 guiding principles of green chemistry are producing less waste, including fewer toxic byproducts; using more sustainable (renewable) or biodegradable materials; and saving energy.

Why is green chemistry important to human health?

Green chemistry benefits our health in more than one way. It’s useful for making medicines and for developing imaging tools and probes that scientists use to study a wide range of medically important biological processes. It also benefits our health—and the planet’s—by producing less waste and consuming less energy.

What are some examples of green chemistry research that NIGMS supports?

One researcher developed a method to safely and efficiently use oxygen instead of hazardous chemicals in a step commonly used to make medicines. He also devised a way to make water the only byproduct of those reactions.

Another investigator conceived a better and more cost-effective method for producing a leading statin drug for treating high cholesterol. The traditional, multistep process for making this drug was inefficient and used large amounts of hazardous reagents. The new method uses an engineered enzyme to circumvent several chemical steps. (Enzymes are proteins that speed up chemical reactions in the human body and in other organisms.)

What are some of the scientific challenges and frontiers in green chemistry research?

A key challenge—and a frontier—is improving catalytic reactions. Chemists use catalysts to speed up reactions, but these catalysts are often metals that are toxic as well as rare and expensive. Pharmaceutical manufacturers have to remove metals and other impurities from a drug once the reaction that produced it is complete. It’s important to work on figuring out ways to carry out catalytic reactions with much smaller amounts of metals, or with less toxic metals, as well as with more common metals that are easier to obtain and thus more sustainable. Nonmetallic catalysts also are an option and are an area of much research activity lately.

It’s also important to develop catalytic reactions that are more selective, meaning they produce only (or mainly) the compound with the desired properties. Right now, some of these reactions produce two or more chemical compounds that have the same atoms and the same atom-to-atom connections, but with the atoms positioned differently in three-dimensional space, resulting in different biological properties. Creating reactions that are more selective would eliminate the need for additional chemical steps to purify the desired compound from a mixture of products and avoid the waste associated with producing and then removing the undesired compound.

Another area for future work involves adapting enzymes that exist in nature, or even inventing enzymes from scratch, to serve as catalysts for carrying out large-scale chemical reactions cleanly and efficiently. The new process for making a statin drug, described above, is a good example. These large-scale reactions might otherwise require additional chemical steps, each possibly using toxic reagents, polluting solvents and extreme temperatures or pressures that require lots of energy to achieve.

We’re funding scientists across the country who are making progress on various approaches toward environmentally friendly chemical processes.