Mathematicians Ask: What’s in a Ripple? 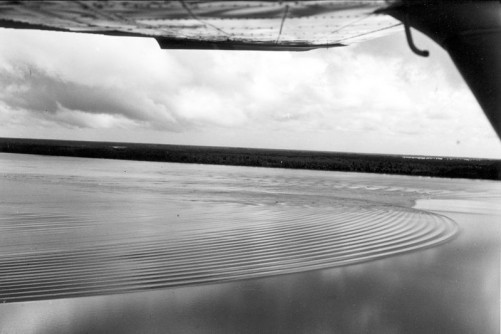 Undular bore and whelps near the mouth of Araguari River, Brazil. 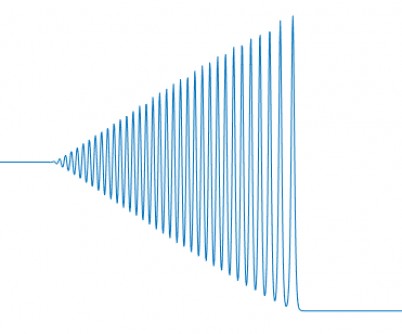 Schematic diagram showing the typical profile of fluid height across an undular bore.

Newswise — BUFFALO, N.Y. — When a fluid or a gas experiences a sudden disturbance, such as a change in pressure or elevation, it often gives rise to a phenomenon known as an undular bore, which consists of a series of rapid oscillations that propagate and spread.

In nature, this spectacle occurs in many different settings, including water waves and plasmas — a state of matter consisting of ionized gases with positively and negatively charged free particles. Similar phenomena also occur in the atmosphere.

But how to describe what transpires?

The research, published in August in the Proceedings of the Royal Society A, lays out a set of newly formulated equations that are designed to characterize what happens when an undular bore occurs and spreads along two axes. Visually, this phenomenon resembles the concentric ripples that proliferate outward when you toss a stone into a pond.

“You see these effects in water, in plasmas, in the atmosphere, so the equations that describe these waves come up in a bunch of different fields,” says Gino Biondini, PhD, a professor of mathematics in the UB College of Arts and Sciences. “We like to say that the math is universal — the same mathematics allows you to describe many different scenarios.”

Biondini’s partners on the study were Mark J. Ablowitz, PhD, professor of applied mathematics at the University of Colorado Boulder, and Qiao Wang, UB PhD candidate in math.

An advance in wave mathematics

In the 1960s, mathematician Gerald B. Whitham came up with an approach for describing undular bores. The equations he formulated could only be used, however, when a wave was traveling along a single axis (such as a tidal bore propagating in one direction down a narrow channel).

The new paper by Ablowitz, Biondini and Wang builds on Whitham’s theory by deriving a set of equations designed to describe how such ripples form and propagate along two axes — in two possible directions.

“The equations we formulated mark a step forward for describing these interesting phenomena,” Biondini says. “Also, the methods we used can be applied to study a variety of related physical problems, so we hope that our results will open up a long series of works on these kinds of topics.”

Proceedings of the Royal Society A