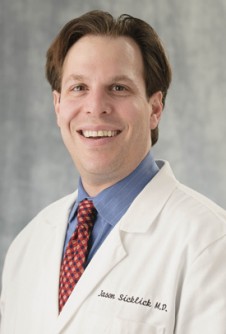 Newswise — Researchers at University of California, San Diego School of Medicine report a three-fold increase in the use of minimally invasive surgery (MIS) across the nation for patients with pancreatic disease. Although adaptation of MIS for this difficult-to-reach gland is recent, the growing trend points to improved patient outcomes, such as reduced bleeding and infections. Now published online, the paper will appear in the March print edition of JAMA Surgery.

“For the first time, we show a nationwide tripling of keyhole pancreatic surgery rates for benign and malignant pancreatic disease from 2.4 percent in 1998 to 7.3 percent in 2009. Both laparoscopic and robotic approaches for distal pancreas removal are associated with lower rates of inpatient complications and shorter hospital stays,” said Jason Sicklick, MD, assistant professor of surgery, UC San Diego School of Medicine, and surgical oncologist at UC San Diego Health System. “Patients should know that select approaches for minimally invasive pancreatic operations are safe depending upon the lesion’s size and location in the pancreas.”

The pancreas is a large gland located deep in the abdomen, behind the stomach and next to the spleen. The gland produces digestive juices and hormones that regulate blood sugar. To a surgeon’s hand, the pancreas has a soft consistency. Due to its fragility and location near major vascular structures, the pancreas has been one of the last organs to be part of the MIS trend.

Sicklick added that with increased surgeon experience performing complex pancreatic and hepatobiliary operations, the application of minimally invasive techniques has slowly diffused from academic hospitals to the community setting. However, it has yet to reach its maximum potential.

The retrospective study compared utilization trends between MIS and traditional open techniques for pancreatic cancer operations from 1998 to 2009. Researchers evaluated in-hospital mortality, complication rates, total charges and length of stay. MIS was associated with lower rates of pre-discharge complications, including lower incidences of post-operative infections and bleeding complications, as well as a shorter length of stay, by 1.22 days.

Compared to patients undergoing an open procedure, patients who underwent a MIS procedure were older and more likely to have undergone surgery at a teaching hospital. Surgery performed at a teaching institution was associated with better outcomes for nearly every analyzed parameter.

“This study demonstrates the need for ongoing population-level monitoring of novel surgical procedures, to make sure that they retain their safety and effectiveness profiles as they diffuse from top academic hospitals to the rest of the population,” said co-author David C. Chang, PhD, MPH, director of Outcomes Research in the Department of Surgery at UCSD School of Medicine. “This is something that UC San Diego Health System is committed to doing on an ongoing basis.”

Sicklick added that the minimally invasive surgery approach does not translate into lower total charges, possibly due to the increased expenses of longer operative times and costly surgical instruments used in these types of operations.