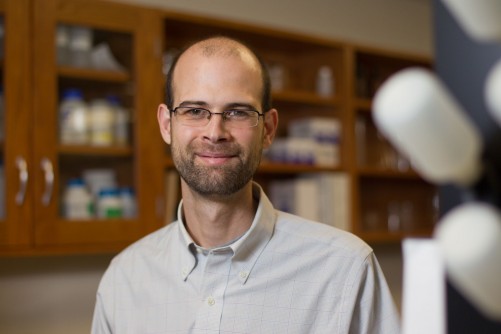 John Drake is a professor in UGA’s Odum School of Ecology and director of the Center for the Ecology of Infectious Diseases. 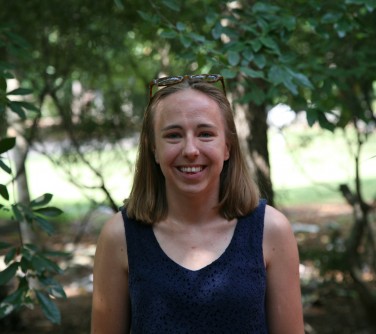 Michelle V. Evans is a doctoral student in ecology and conservation at UGA.

Newswise — Athens, Ga. – Zika virus could be transmitted by more mosquito species than those currently known, according to a new predictive model created by ecologists at the University of Georgia and the Cary Institute of Ecosystem Studies. Their findings, published today in the journal eLife, offer a list of 26 additional potential candidate species—including seven that occur in the continental United States—that the authors suggest should be the first priority for further research.

“The biggest take home message is that these are the species that we need to prioritize,” said lead author Michelle V. Evans, a UGA doctoral student in ecology and conservation. “Especially as we’re in the slower part of the mosquito season, now is the time to catch up so we’re prepared for the summer.”

Targeting Zika’s potential vectors—species that can transmit the virus from one host to another—is an urgent need, given its explosive spread and the devastating health effects associated with it. It’s also time-consuming and expensive, requiring the collection of mosquitoes in affected areas, testing them to see which ones are carrying the virus, and conducting laboratory studies.

The new model could streamline the initial step of pinpointing Zika vectors.

“What we’ve done is to draw up a list of potential vector candidates based on the associations with viruses that they’ve had in the past as well as other traits that are specific to that species,” said paper co-author Courtney C. Murdock, an assistant professor in the UGA School of Veterinary Medicine and Odum School of Ecology. “That allows us to have a predictive framework to effectively get a list of candidate species without having to search blindly.”

The researchers developed their model using machine learning, a form of artificial intelligence that is particularly useful for finding patterns in large, complicated data sets. It builds on work done by co-author Barbara A. Han of the Cary Institute, who has used similar methods to predict bat and rodent reservoirs of disease based on life history traits.

Data used in the model consisted of information about the traits of flaviviruses—the family that includes Zika, yellow fever and dengue—and all the mosquito species that have ever been associated with them. For mosquito species, these included general traits like subgenus and geographic distribution as well as traits relevant to the ability of each species to transmit disease, such as proximity to human populations, whether they typically bite humans and how many different viruses they are known to transmit.

For viruses, traits included how many different mosquito species they infect, whether they have ever infected humans and the severity of the diseases they cause.

Analyzing known mosquito-virus pairs, the researchers found that certain traits were strong predictors of whether a linkage would form. The most important of these for mosquitoes were the subgenus, the continents it occurred on and the number of viruses it was able to transmit. For viruses, the most important trait was the number of mosquito species able to act as a vector.

Based on what they learned, they used the model to test the combination of Zika virus with all the mosquito species known to transmit at least one flavivirus. The model found 35 predicted Zika vectors, including 26 previously unsuspected possibilities.

Seven of those species occur in the continental U.S., with ranges that in some cases differ from those of the known vectors. Evans and Murdock cautioned strongly against assuming that this means that Zika will spread to all those areas.

“We’re really solely looking at vector competence, which is only one small part of disease risk,” Evans said. “It’s one factor out of many, and not even the most important one. I want to stress that all of these are just predictions that need to be validated by empirical work. We are suggesting that people who are doing that work should focus on these species first,” she said.

“Ecologists have long known that everything is connected to everything else, and are pretty good, I think, at sifting out where that matters from where it doesn’t,” said senior author John M. Drake, a professor in the Odum School and director of the UGA Center for the Ecology of Infectious Diseases. “This work highlights that ecological way of thinking and why it’s important in understanding infectious diseases.”

The paper’s other co-author is Tad A. Dallas of the University of California-Davis.