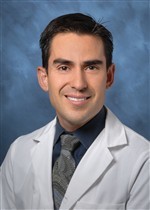 Brain injuries and psychological disorders are the same whether a patient speaks Spanish, English or Korean. Degenerative diseases like Alzheimer’s have similar effects without regard to socioeconomic status or place of birth. But tools and tests haven’t always translated well from patient to patient or situation to situation. Enrique Lopez, PsyD, is working to change that - collaborating with a group of treatment professionals, educators and other neuropsychologists to “increase available norms” for different cultures and languages, and establishing what is believed to be the most extensive collection of neuropsychological measures in the world.

Newswise — LOS ANGELES (Oct. 2, 2014) – The signs of dementia are the same in any language. And symptoms of traumatic brain injury are similar regardless of socioeconomic status or place of birth. But the tools neuropsychologists use to assess and measure cognitive ability are not necessarily standardized from one country to another – or even from one neighborhood to another nearby.

Enrique Lopez, PsyD, director of the Health Psychology Training Program and assistant professor in the Cedars-Sinai Department of Psychiatry and Behavioral Neurosciences and the Department of Neurology, is working to change that. He is collaborating with a group of treatment professionals, educators and other neuropsychologists to “increase available norms” for different cultures and languages. They have established searchable databases – including what is believed to be the most extensive collection of neuropsychological measures in the world – that are available online and free to researchers and clinicians around the globe.

“Neuropsychologists have measures that we use to assess cognitive abilities – such as attention span, memory and language skills – using a variety of tests and tasks that may take six to eight hours to complete,” Lopez said. “But we have to be certain that personal characteristics – such as age, level of education, culture and language – are taken into consideration. In order to develop a reliable database, we included tests that have been given to thousands of people from different cultures who do not have neuropsychological deficits, to establish norms for those measures. Then we can look at results from patients who are similar demographically but have brain injuries or neurological disorders and see how they compare.”

Neuropsychological testing is important not only to determine the severity of deficits caused by an injury or illness, but also to help evaluate response to treatment and assess a patient’s ability to function at home, work or school, Lopez said. Will a patient be able to remember to turn off the stove? Are they processing visual information properly? Are they capable of making important decisions on their own?

“We know that in the United States, Spanish-speaking individuals are the ones most likely to be injured in the workplace. A higher percentage of Spanish-speaking people hold jobs in construction and other industries where the risk of injury is high. Many also reside in dangerous places, live in homes that have hazards and drive cars that are not equipped with the latest safety features. But we did not have norms to effectively evaluate brain injuries or illnesses in Spanish-speaking individuals,” said Lopez, a native of Mexico who completed his post-doctorate fellowship in clinical and research neuropsychology at UCLA’s Neuropsychiatric Institute and Hospital.

“If a migrant worker with three years of education came in, and we gave him all these tests, it was very hard to decipher the results because we did not have the appropriate norms,” he added. “I then decided to collect normative data on 115 local laborers with less than 10 years of education who were cognitively intact. This gave us norms to make a comparison when we evaluated someone who had been injured.”

Additionally, Lopez has joined with authors of a normative neuropsychology handbook from Oxford University Press to make the top 21 neuropsychological tests available to clinicians and researchers throughout the world, in a database that is searchable by language or country.

“A neuroscientist can search, scroll down and see all the citations for studies that have normative data on individuals from many countries and regions,” Lopez said. “It’s a place where everybody can go to see what is available for testing patients of various nationalities and languages. By entering all of a patient’s demographics and raw scores on different tests, the system converts scores into meaningful results for any given study.”

“Our databases are available throughout the world, but you don’t have to go far to see the need,” Lopez said. “The Los Angeles area is highly diverse. My work started with Spanish-speaking people, but we have a large diverse population with many other cultures represented.”

Lopez also took on the task of updating a decades-old test designed by the World Health Organization and UCLA to assess memory and attention, called the Picture Memory Interference Test. As a joint effort of Cedars-Sinai and UCLA, he and colleagues in UCLA’s Life Sciences Core brought the exam online as the Computerized Memory Interference Test and, in the process, created a device enabling students to learn about research while contributing to an extensive database of multicultural norms.

“Our Research Initiative for Undergraduate Students teaches pre-med students about neuroscience as they take the 15-minute test and use the database for their own studies, and because we have students from all over the world, we have developed a normative database that now includes more than 10,000 students of numerous nationalities and cultures,” Lopez said. “This is an instrument that that can be administered and accessed by professionals anywhere in the world. From any clinic anywhere, they can go online and sign up and use the test and access their data.”

With a National Institutes of Health career-development grant, Lopez for the past three years has studied cognitive problems in Spanish-speaking people who are HIV-positive. With the data he collected, he hopes to attract funds for research aimed at easing the shortage of Spanish-speaking neuropsychologists by creating a system of well-trained screeners to help identify patients with needs. He also is interested in creating interventional tools to help patients remember important details, like adhering to their medications.

Lopez said his overall objective is to improve the cultural sensitivity of assessment tools used by clinical and research neuroscientists in hospitals, like Cedars-Sinai, that serve diverse populations.