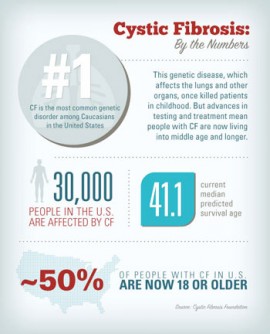 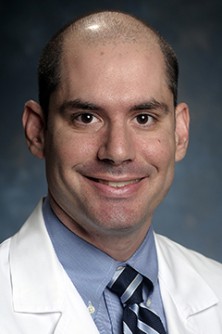 UAB physician and researcher Steven Rowe says the latest findings from this CF clinical trial are "a major step forward. These are the first data to demonstrate the potential to treat the underlying cause of CF in patients with only one copy of the F508del mutation."

Newswise — BIRMINGHAM, Ala. — In what medical researchers are calling a first but very important step for three-drug modulator studies in patients with cystic fibrosis, Vertex Pharmaceuticals Incorporated today announced positive data from Phase I and Phase 2 studies of three different triple-combination regimens in people with CF, and evaluated two groups of patients — those who have one F508del gene mutation and a second minimal function mutation (F508del/Min) and those with two copies of the F508del mutation.

The data show approximately 90 percent of those with CF could potentially be positively impacted by these new treatments.

“These are the first data to demonstrate the potential to treat the underlying cause of CF in patients with only one copy of the F508del mutation, who have a severe and difficult-to-treat type of the disease,” said Steven Rowe, M.D., director of the University of Alabama at Birmingham’s Gregory Fleming James Cystic Fibrosis Research Center, which was a study site for the VX-152 regimen, also part of the overall studies reported. “Our CF research group, supported in part by the Cystic Fibrosis Foundation, has had a longstanding interest in modulation of the CFTR gene and has been an important clinical trial site for Vertex. Dr. G. Martin Solomon is a CF investigator in our Cystic Fibrosis Research Center and enrolled patients in the VX-152 study, and our patients were very valuable and eager participants.”

Vertex has established a steering committee of global CF experts and clinical trial investigators to support the design, conduct and execution of the triple-combination pivotal study program, which will be needed for the drug to be approved. Rowe has been named a co-chair of the committee, which will also work with the Cystic Fibrosis Foundation, CF patients and the research community to help design and execute the Phase 3 program. The ultimate goal of the committee will be to obtain Food and Drug Administration approval of the drug combination(s).

“Through years of basic research and partnership with the pharmaceutical industry, we are now poised to realize highly meaningful effects in a much broader population of patients with CF,” he said.

There are two major findings in this latest series of studies, according to Rowe.

First, patients with only one copy of the F508del gene and a second gene that does not respond to available treatments — who make up approximately 30 percent of the CF population and who have not yet had an effective CFTR modulator treatment — had a marked improvement in lung function with initiation of a three-drug CFTR modulator regimen. Previous two-drug modulator regimens were not effective in this group.

“This is a major step forward since the response resembles the magnitude of improvement seen in G551D patients taking ivacaftor (KalydecoTM), which has generally been considered groundbreaking in the field,” Rowe said.

Rowe says the second major finding came in patients homozygous for F508del, which comprises almost half of the CF population. This group also had a substantial improvement in lung function with the addition of a three-drug modulator regimen on top of the current two-drug regimen.

“This response was quite pronounced and unexpected, given patients already had experienced a modest benefit with the two-drug regimen in prior studies,” Rowe said. “The composite of these new data clearly inidicates that three-drug CFTR modulator regimen can be highly effective for up to 90 percent of CF patients.”

More data from this program are expected later this year, and the choice of one or more of the four experimental combinations will go forward for additional, long-term testing in CF patients with one or more copies of the F508del mutation. Other studies, reducing the age requirements or broadening the enrollment criteria, will likely follow shortly thereafter, according to Rowe.

Cystic fibrosis is a progressive, genetic disease that causes persistent lung infections and limits the ability to breathe over time.

In people with CF, a defective gene causes a thick, sticky buildup of mucus in the lungs, pancreas and other organs. In the lungs, the mucus clogs the airways and traps bacteria, leading to infections, extensive lung damage and, eventually, respiratory failure. In the pancreas, the mucus prevents the release of digestive enzymes that allow the body to break down food and absorb vital nutrients.

More than 30,000 people in the United States are living with cystic fibrosis  — and more than 70,000 worldwide — according to the Cystic Fibrosis Foundation Patient Registry. Approximately 1,000 new cases of CF are diagnosed each year. More than 75 percent of people with CF are diagnosed by age 2, and more than half of the CF population is age 18 or older.

“There is much more to do, including addressing some of the more difficult to treat mutation groups, such as patients with premature termination codons; but the stage is set to develop highly effective therapy for almost all CF patients with approaches like the one taken in these studies,” Rowe said.

UAB’s Department of Medicine and Department of Pediatrics — both part of the School of Medicine, along with UAB Hospital and Children’s of Alabama, support UAB’s Adult Cystic Fibrosis Program and the Pediatric Cystic Fibrosis Program. This overall program is equipped with a team of health care personnel to provide comprehensive, evidence-based clinical care for patients with cystic fibrosis. The program is accredited by the Cystic Fibrosis Foundation and currently cares for more than 450 individuals with CF. The program works closely with the greater cystic fibrosis community to provide seamless care while developing rigorous quality improvement initiatives with public transparency of outcomes.

The adult and pediatric CF programs are also integrated with the UAB CF clinical trials unit, co-led by Rowe and Isabele Virella Lowell, M.D., an associate professor of pulmonology and sleep medicine, and the Gregory Fleming James Cystic Fibrosis Research Center. The center is recognized internationally for its transformative clinical and basic research, including the development of new therapies for the treatment of this devastating disease.

About UAB
Known for its innovative and interdisciplinary approach to education at both the graduate and undergraduate levels, the University of Alabama at Birmingham is an internationally renowned research university and academic medical center, as well as Alabama’s largest employer, with some 23,000 employees, and has an annual economic impact exceeding $5 billion on the state. The five pillars of UAB’s mission deliver knowledge that will change your world: the education of students, who are exposed to multidisciplinary learning and a new world of diversity; service to the community at home and around the globe, from free clinics in local neighborhoods to the transformational experience of the arts; the economic development of Birmingham and Alabama; research, the creation of new knowledge; and patient care, the outcome of ‘bench-to-bedside’ translational knowledge. UAB’s Center for Clinical and Translational Science is a two-time recipient of the prestigious Center for Translational Science Award and is leveraging a current four-year $39.59 million grant to lead partner organizations across the Southeast to accelerate innovative discoveries for better health. Learn more at www.uab.edu.