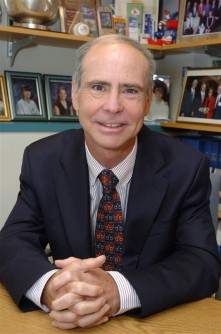 Researchers from Dana-Farber Cancer Institute, the U.S. Food and Drug Administration (FDA) and the American Association for Cancer Research (AACR) are releasing recommendations designed to address the under-representation of African Americans in clinical trials for multiple myeloma (MM), a blood cancer that is twice as deadly in this demographic as in whites.

The initiative, publishing today in the AACR journal Blood Cancer Discovery, is a “road map” for designing myeloma clinical trials to eliminate racial bias by including more African American patients, as well as gathering “real-world” data from health records about the effects of drugs in African American patients. Through this joint workshop initiated by the FDA and AACR, a cohort of researchers, physicians, patients, statisticians, the pharmaceutical industry and regulators reviewed existing issues with the goal of improving effectiveness of MM therapies in African Americans.

Although the disease is not presently curable, an array of new treatments in recent years has generally improved outcomes for myeloma patients. It is concerning, however, that data from large multiple myeloma clinical trials shows a decrease in enrollment of African Americans by 3.5% over a recent 10-year period, and even more critically, most racial and ethnic minority patients participated in trials that did not involve novel agents.“There hasn’t been as much progress in African Americans as there has been in other groups,” says Dana-Farber Cancer Institute’s Kenneth C. Anderson, MD, the corresponding author of the study and program director of the Lebow Institute for Myeloma Therapeutics and the Jerome Lipper Multiple Myeloma Center. “The number of African Americans enrolled in clinical trials of novel agents or treatments of multiple myeloma has been tragically low. When they have enrolled, their outcome to treatment with novel therapies has been the same or even better than other patients,” he said.

The new recommendations emerged from a February 2020 workshop in Washington D.C. which was co-chaired by Nicole Gormley, MD and Lola Fashoyin-Aje MD, MPH from the FDA, as well as Anderson, who heads the Regulatory Science and Policy Subcommittee of the AACR. The group recommended a number of changes to the design of clinical trials of drugs for which manufacturers are seeking approval. They included:

Other recommendations concerned gathering clinical trial data in the post-approval period. Studies conducted after the drug has entered clinical use could identify differences among racial and ethnic subpopulations with regard to safety and efficacy.

The recommendations also seek to increase diversity by directing stakeholders to devise strategies to overcome clinical, social, and socioeconomic impediments to trial access.

Anderson emphasized the importance of myeloma patients’ participation in the workshop that formulated the recommendations.

“Our patients are truly the inspiration and heroes of this collaborative effort to eliminate the glaring issue of racial disparities in clinical trials,” he said. “If we can make clinical trials more inclusive and representative of real-world patients, we may not only enhance participation of African American patients, but also provide a paradigm for new drug development more broadly.”