Blood Cells Generate Neurons in Crayfish; Could Have Implications for Treatment of Neurodegenerative Disorders 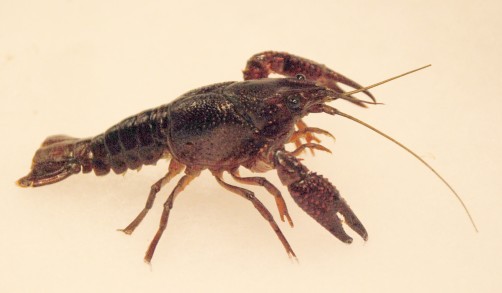 A new study by Barbara Beltz, of Wellesley College, and Irene Söderhäll of Uppsala University, Sweden, demonstrates that the immune system can produce cells with stem cell properties, using crayfish as a model system. 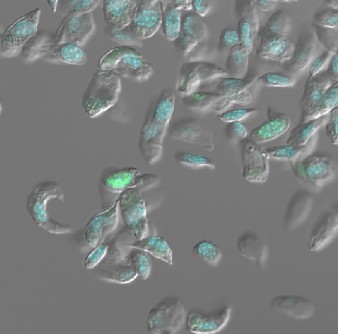 Blood Cells. A new study by Barbara Beltz, of Wellesley College, and Irene Söderhäll of Uppsala University, Sweden, demonstrates that the immune system can produce cells with stem cell properties, using crayfish as a model system.

Newswise — A new study by Barbara Beltz, the Allene Lummis Russell Professor of Neuroscience at Wellesley College, and Irene Söderhäll of Uppsala University, Sweden, published in the August 11 issue of the journal Developmental Cell, demonstrates that the immune system can produce cells with stem cell properties, using crayfish as a model system. These cells can, in turn, create neurons in the adult animal. The flexibility of immune cells in producing neurons in adult animals raises the possibility of the presence of similar types of plasticity in other animals.

“We have been suspicious for some time that the neuronal precursor cells (stem cells) in crayfish were coming from the immune system,” Beltz wrote. “The paper contains multiple lines of evidence that support this conclusion, in addition to the experiments showing that blood cells transferred from a donor to a recipient animal generate neurons.”

Beltz, whose research focuses on the production of new neurons in the adult nervous system, uses the crustacean brain as the model system because the generations of precursor cells are spatially segregated from one another. According to Beltz, this separation is crucial because it allowed the researchers to determine that the first generation precursors do not self-renew. For the Developmental Cell study, the cells of one crayfish were labeled and this animal’s blood was used for transfusions into another crayfish. They found that the donor blood cells could generate neurons in the recipient.

In many adult organisms, including humans, neurons in some parts of the brain are continually replenished. While this process is critical for ongoing health, dysfunctions in the production of new neurons may also contribute to several neurological diseases, including clinical depression and some neurodegenerative disorders.

Beltz notes, of course, that it is difficult to extrapolate from crayfish to human disease. However, because of existing research suggesting that stem cells harvested from bone marrow also can become neural precursors and generate neurons, she says it is tempting to suggest that the mechanism proposed in crayfish may also be applicable in evolutionarily higher organisms, perhaps even in humans.

Prior studies conducted in both humans and mice and published about a decade ago, showed that bone marrow recipients who had received a transplant from the opposite gender had neurons with the genetic signature of the opposite sex. The implication was that cells from the bone marrow generated those neurons. However, it is currently thought that neuronal stem cells in mammals, including humans, are self-renewing and therefore do not need to be replenished. Thus, these findings have not been interpreted as contributing to a natural physiological mechanism.

“Every experiment we did confirmed the close relationship between the immune system and adult neurogenesis,” Beltz said. “Often when one is doing research, experiments can be fussy or give variable results. But for this work, once we started asking the right questions, the experiments worked first time and every time. The consistency and strength of the data are remarkable.”