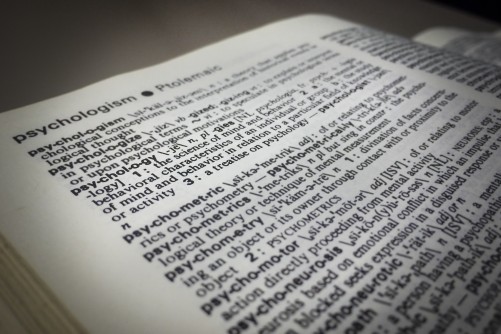 Newswise — Sigmund Freud, Carl Jung, Ivan Pavlov, Charles Darwin – all eminent scientists who made major contributions to the understanding of human and animal behavior. They achieved their lofty reputations primarily during the 19th century and the first half of the 20th.

But who are the eminent scholarly researchers of psychology from recent decades? A new University of Virginia study lists the top 200 since World War II, based on three criteria: the impact of research citations, the number of textbook citations, and major scientific awards.

Among the top 10 are social psychologist Albert Bandura of Stanford University; cognitive scientist, author and activist Noam Chomsky of the Massachusetts Institute of Technology; and the late psychologist Richard Lazarus of the University of California, Berkeley. Happiness researcher Ed Diener, one of the study’s authors and a professor of psychology at U.Va. and the University of Utah and a senior scientist for the Gallup Organization, also made the top 10 based on the criteria.

A paper that compiles the list and explains the methods used to rank eminence, “An Incomplete List of Eminent Psychologists of the Modern Era,” was recently published in the journal Archives of Scientific Psychology, published by the American Psychological Association. Its authors include Diener, U.Va. psychology professor Shigehiro Oishi and Jung Yuen Park of the University of Illinois.

The researchers say the list serves educational, administrative and scholarly purposes, identifying the psychologists who have had the most effect on the profession, and the types of contributions that receive recognition. The list also is useful to young researchers who are working toward eminence. It also identifies gender and ethnic disparities. The researchers found that the most eminent researchers were older than 50, produced a large number of publications over many years, were highly cited by other researchers, worked as active researchers late into life, and graduated from and worked at a relative handful of high-prestige psychology departments in U.S. universities (notably Harvard, Stanford and Yale universities, and the universities of Pennsylvania and Michigan). Six research psychologists at U.Va. made the top 200 list.

Eminent psychologists were spread out across 16 sub-disciplines, with social psychology, biological psychology and developmental psychology being predominant. The authors correlate “eminence” with “importance” – meaning researchers who achieved “long-term influence” on the concurrent and subsequent work of other researchers.

They also found that women researchers slowly are gaining eminence as their numbers grow in psychology research and their careers proceed in length and productivity; however, in recent decades, as women have taken an ever-increasing number of professorships in the field, “The fact that women make up only about a quarter of our list, in a field which is now predominantly female, is a significant concern,” the authors state in the paper.

Minority researchers, the investigators found, thus far have not achieved much eminence, based on the criteria established for the purpose of the study. Only five made the list – “disturbingly low,” according to the authors. This, they said, is partly because minority researchers are relatively few in number and have entered the field only relatively recently. The authors note that their rankings “do not fully cover the entire world,” as they relied on sources that gave heavy weight to Americans and English speakers – awards granted by American societies and textbooks written by American authors. They suggest that future studies should be more globally comprehensive.