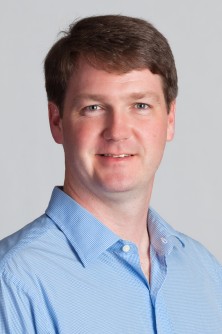 Damon Page is a biologist at Scripps Florida who led the new study.

Newswise — JUPITER, FL, February 25, 2015 – While aggression toward caregivers and peers is a challenge faced by many individuals and families dealing with autism, there has been much speculation in the media over the possibility of generally heightened aggression in those diagnosed with autism spectrum disorder. A new study by scientists from the Florida campus of The Scripps Research Institute (TSRI) found no evidence of increased aggressive behavior toward strangers in an animal model of the condition.

In fact, the study, published recently online ahead of print in the journal Genes, Brain and Behavior, found these animals showed decreased aggressive behavior toward strangers and, instead, engage in more repetitive behavior than normal mice.

“These mice show traits relevant to autism, such as an overgrown brain and reduced social interaction,” said Damon Page, a TSRI biologist who conducted the study with Research Associate Amy Clipperton Allen. “What we don’t see in this model is a general increase in aggressive behavior.”

Autism spectrum disorder is a highly inheritable condition characterized by impaired social behavior and communication skills and a tendency towards repetitive patterns of behavior. A 2010 survey of eight-year-olds in 11 communities across the United States by the Centers for Disease Control and Prevention (CDC) found a rate of autism spectrum disorder of approximately one in 68 children. Boys, it found, are at four- to five-times greater risk than girls.

Page and his colleagues, who use animal models to understand how autism risk factors impact the developing brain and to identify potential treatments for the condition, have found that animals with mutations in the autism risk gene phosphatase and tensin homolog (Pten) mimic aspects of autism, including increased brain size, social deficits and increased repetitive behavior. The new study used the model to examine aggressive behavior directed at unfamiliar mice.

Typically, when an unfamiliar mouse is put into the “home” cage of another mouse, the resident will attack the intruder, reflecting the natural tendency of mice to defend their territory.

That was not the case in the study. When a stranger mouse was placed in the home of a Pten-mutant mouse, instead of attacking or investigating the intruder, these mutant animals engaged in repetitive behavior—in this case, digging.

“This is a striking result,” Page said. “The mutant mice appear to avoid aggressive encounters with the intruder and instead engage in repetitive behavior. An analogy might be a stranger entering a house, and the resident rearranging the books on the bookshelf instead of confronting the intruder.”

The study, “Decreased Aggression and Increased Repetitive Behavior in Pten Haploinsufficient Mice,” was supported by Ms. Nancy Lurie Marks, The American Honda and Children’s Healthcare Charity Inc. and the State of Florida. For more information on the study, see http://onlinelibrary.wiley.com/doi/10.1111/gbb.12192/abstract