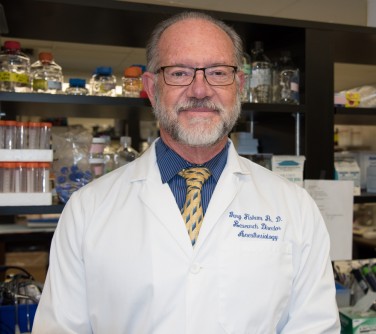 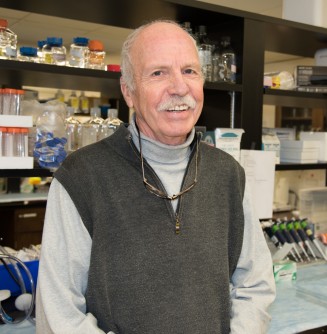 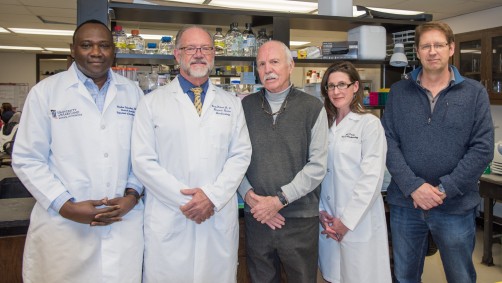 Newswise — Researchers from the University of Maryland School of Medicine (UMSOM) and the University of Maryland A. James Clark School of Engineering have developed a new military vehicle shock absorbing device that may protect warfighters against traumatic brain injury (TBI) due to exposure to blasts caused by land mines. During Operations Iraqi Freedom and Enduring Freedom, more than 250,000 warfighters were victims of such injuries.

Prior to this study, most research on blast-induced TBI has focused on the effects of rapid changes in barometric pressure, also known as overpressure, on unmounted warfighters. “This is the only research to date to model the effects of under-vehicle blasts on the occupants,” explains Gary Fiskum, PhD, M. Jane Matjasko Professor for Research and Vice-Chair, Anesthesiology at UMSOM. “We have produced new and detailed insights into the causes of TBI experienced by vehicle occupants, even in the absence of significant ambient pressure changes.” The research has also resulted in the development of materials and vehicle frame design that greatly reduce injury caused by under-vehicle explosions.

Dr. Fiskum and William Fourney, PhD, Associate Dean of the Clark School, Keystone Professor of Aerospace and Mechanical Engineering and Director of the Dynamic Effects Laboratory were the first to demonstrate how the enormous acceleration (G-force) that occupants of vehicles experience during under-vehicle blasts can cause mild to moderate traumatic brain injury (TBI) even under conditions where other vital organs remained unscathed.

Those findings are described in articles published in the Journal of Trauma and Acute Care Surgery, with Julie Proctor, MS, UMSOM Lab Manager, as primary author and in Experimental Neurology, with Flaubert Tchantchou, PhD, UMSOM Research Associate as primary author, and in the Journal of Neurotrauma, with Rao Gullapalli, PhD, Professor of Diagnostic Radiology, UMSOM, as senior author.

“Essentially, it spreads out the application of force,” Dr. Fourney explains. “Polyurea is compressible and rebounds following compression, resulting in an excellent ability to decrease the acceleration,” he says.

These results were combined with those of Dr. Tchantchou, who demonstrated that mitigation of g-force by the elastic frame designs virtually eliminates the behavioral alterations in lab rats and loss of neuronal connections observed using small scale vehicles with fixed frames, as published in the Journal of Neurotrauma.

Peter Rock, MD, MBA, Martin Helrich Chair of the Department of Anesthesiology, noted that “the research team has addressed an important clinical problem by identifying a novel mechanism to explain TBI, engineered a solution to the problem, and convincingly demonstrated improvements in morphology and behavior.  This work has important implications for improving outcomes in military blast-induced TBI and might be applicable to causes of civilian TBI, such as car crashes.”

Continued collaboration between the labs of Drs. Fiskum and Fourney will hopefully lead to the next generation of armor-protected military vehicles that will further protect warfighters from both injury and death. An important next step will be testing a larger scale model. “If the data holds up for those, it will hold true for full scale,” Dr. Fourney says.

This research is supported by the University of Maryland Strategic Partnership: MPowering the State, a collaboration between the University of Maryland, Baltimore (UMB) and the University of Maryland, College Park (UMCP). Initial funding was provided by a 2009 UMB - UMCP collaborative seed grant awarded to Drs. Fiskum and Fourney. In 2013, the two were awarded a $1.5 million contract by the US Department of Defense Joint Program Committee 6/Combat Casualty Care Psychological Health and Traumatic Brain Injury Program to support their research using small-scale models of under-vehicle explosions. An additional grant of $2.6 million was awarded by the US Air Force, demonstrating that increasing the cabin pressure in airplanes during air-evacuation of trauma patients to a level greater than what is currently used improves outcomes following exposure of rats to TBI caused by under-vehicle explosions, as published in the Journal of Trauma and Acute Care Surgery.

About University of Maryland Strategic Partnership: MPowering the State

The University of Maryland Strategic Partnership: MPowering the State brings together two universities of distinction to form a new collaborative partnership.  Harnessing the resources of each, the University of Maryland, College Park and the University of Maryland, Baltimore will focus the collective expertise on critical statewide issues of public health, biomedical informatics, and bioengineering. This collaboration will drive an even greater impact on the state, its economy, the job market, and the next generation of innovators.  The joint initiatives will have a profound effect on productivity, the economy, and the very fabric of higher education.

About University of Maryland, College Park

The University of Maryland, College Park is the state's flagship university and one of the nation's preeminent public research universities. A global leader in research, entrepreneurship and innovation, the university is home to more than 37,000 students, 9,000 faculty and staff, and 250 academic programs. Its faculty includes three Nobel laureates, three Pulitzer Prize winners, 56 members of the national academies and scores of Fulbright scholars. The institution has a $1.9 billion operating budget, and secures $560 million annually in external research funding. For more information about the University of Maryland, College Park, visit www.umd.edu.

About the University of Maryland, Baltimore

This work was supported by the Office of the Assistant Secretary of Defense for Health Affairs through the Joint Program Committee 6/Combat Casualty Care Psychological Health and Traumatic Brain Injury Program, under Award No. W81XWH-13-1-0016. Opinions, interpretations, conclusions and recommendations are those of the author and are not necessarily endorsed by the Department of Defense (DHP funds.) 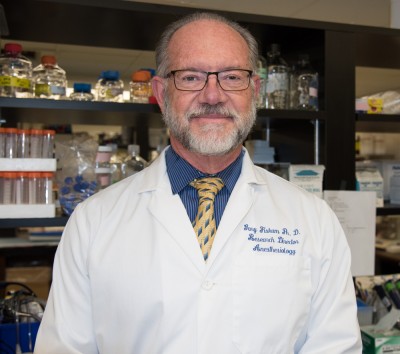 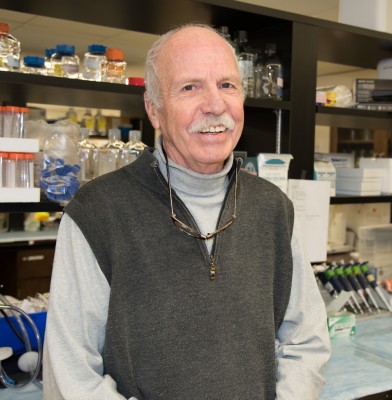 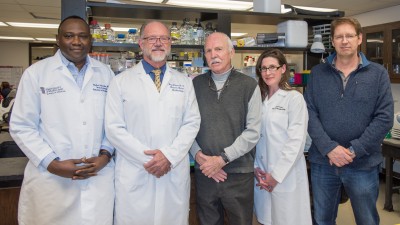