No Summer Vacations for Viruses 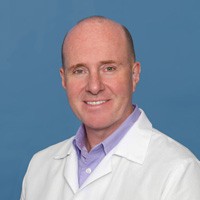 Newswise — Summer colds might seem rare, but you’re actually just as likely to catch one in the summer as in the winter.  Why?

“Viruses don’t take vacations; they live our environment year-round,” explains Dr. Michael Cohen, infectious disease specialist at UCLA Health-Santa Clarita.  “But different strains are active in different seasons.  Summer colds are generally caused by the enterovirus or adenovirus while in the winter, we see the “typical” cold – the rhinovirus – as well as influenza viruses.”

But summer colds can actually make you feel sicker because they generate more symptoms.  Both types of colds are characterized by a runny nose and other upper respiratory symptoms, but summer viruses can affect your whole system, not just the nose, causing flu-like symptoms that can include gastrointestinal issues and a low-grade fever.

Summer colds are also spread differently.  While winter colds are usually transmitted in enclosed rooms by respiratory droplets, summer viruses are spread through contact with body secretions and easily transmitted by children.

“But preventive measures are the same for both types of colds:  wash hands often and well, and stay clear of people who are sick,” says Dr. Cohen.

In addition, recent influenza strains combined with summer travel has even influenza occasionally popping up in the summer. Summer also includes the possibility of illness transmitted by mosquitos and viruses like Zika and West Nile Virus can have cold or flu like symptoms.

“Summer colds and flu can really make you feel miserable,” states Dr. Cohen.  “And it does seem terribly unfair to be lying on the couch with multiple symptoms when you could be out having summer fun.”