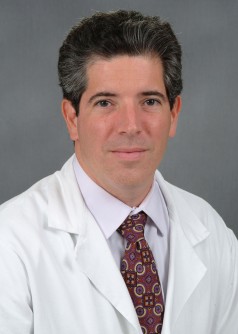 Dr. David Shipon is a sports cardiologist at Jefferson.

Newswise — (PHILADELPHIA) – Researchers at Thomas Jefferson University found similar rates of obesity and high blood pressure readings in student-athletes as would be expected in the general adolescent population, which may suggest that participation in athletics does not protect against these conditions. They published their findings in The Journal of Pediatrics.

The study stems from the Athlete Health Organization, a non-profit that provides free pre-participation evaluations to student-athletes in Philadelphia each year before the start of the season to identify students who might be at risk for injury, illness or death. Volunteer physicians gather biometric information and provide a physical exam including an electrocardiogram. Over four years, the organization provided physicals to over 2,700 athletes and caught life-threatening conditions in a handful of students.

“We founded the Athlete Health Organization to promote safe sports activity but we can also use these events to evaluate the overall health of this population,” said David Shipon, M.D., CEO of Athlete Health Organization and cardiologist at Thomas Jefferson University Hospitals. “This is our first research study and we found alarmingly high rates of obesity and high blood pressure readings among adolescent student-athletes.”

“Although the general presumption is that athletics and activity should help with weight and blood pressure control, our study suggests that student-athletes in Philadelphia are suffering from these conditions at the same alarming rate as their peers who do not sign up for school sports,” said Jill Kropa, M.D., first author and sports medicine fellow at Thomas Jefferson University at the time of the study.

The study authors hope that their research results will raise awareness of health issues affecting the student-athlete population.

Disclosure: Dr. Shipon holds an unpaid board position on the Athlete Health Organization but there are no other conflicts of interest to disclose. There was no payment made to authors in regards to study design, collection of data or writing of the report. Dr. Kropa wrote the initial draft of the manuscript but neither she nor other authors received any grant funding or payment.

About Jefferson Jefferson, through its academic and clinical entities of Thomas Jefferson University and Jefferson Health, is reimagining health care for the greater Philadelphia region and southern New Jersey. Since its mergers with Abington Health and Aria Health, Jefferson now has 23,000 people dedicated to providing the highest-quality, compassionate clinical care for patients, educating the health professionals of tomorrow, and discovering new treatments and therapies to define the future of care. With a university and hospital that date to 1824, today Jefferson is comprised of six colleges, nine hospitals, 24 outpatient and urgent care locations, and a multitude of physician practices throughout the region, serving more than 96,000 inpatients, 363,000 emergency patients and 1.9 million outpatient visits annually.

The Journal of Pediatrics