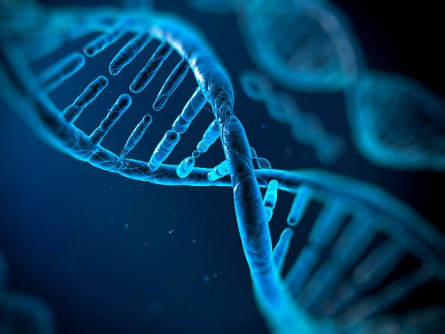 Newswise — CHICAGO – According to a recent study published in JAMA Neurology, Northwestern Medicine scientists have examined more than a century of data of the genetic makeup of ataxias, a neurodegenerative disorder, to better understand the different forms of this devastating disease and how it affects patients. This research has the potential for scientists to have a better understanding on how to diagnose and treat the disease, which has no known cure for patients suffering from the condition.

“More than 150,000 Americans suffer from hereditary or sporadic ataxia in the United States and being able to better understand the genetic diversity allows us to gain insight on a system level into genes and cellular pathways that result in neurodegeneration,” said Puneet Opal, MD, PhD, neurologist at Northwestern Memorial Hospital.

Ataxia often occurs when parts of the nervous system that control movement are damaged. People with ataxia experience a failure of muscle control in their arms and legs, resulting in a lack of balance and coordination or a disturbance of gait, according to the National Institute of Neurological Disorders and Stroke.

To better diagnose and treat patients with ataxia, co-authors Opal and former Northwestern Medicine researcher and current University of California San Francisco School of Medicine adjunct professor Alessandro Didonna, PhD, reviewed the genetic makeup of ataxias syndrome and the use of genetic sequencing and computer driven bioinformatics over the last 150 years.

With the major advances in gene sequencing, a clearer understanding of ataxias through The Human Genome Project, the first successful undertaking to precisely sequence the human genetic code by solving the 3 billion “letters” in human DNA, and next generation sequencing (NGS), first commercially available sequencing technology that helps to identify genes with underlying genetic syndromes, helps provided additional insight on ataxia.

The Human Genome Project was launched in 1998 to be able to read nature’s complete genetic blueprint for building a human being. The ability to catalog the first full human DNA sequence inspired another approach for genome analysis called NGS which became available to researchers in 2007. This technology allowed scientists to make large scale whole genome sequencing through a computerized system that is faster, more in-depth and cost-effective.

The co-authors also discovered that cellular pathways and protein networks in ataxias exist in the genes. This discovery helped to better understand how aging plays a role in the risk for neurogenerative diseases like ataxia. In addition, scientists compared ataxia with other diseases and found a link with Alzheimer, Parkinson, and Huntington disease. Scientists now know that ataxias can be inherited by all modes of Mendelian inheritance with mutations in more than 70 genes responsible for autosomal recessive ataxias, approximately 40 autosomal dominant ataxias, 6 X-linked genes, and 3 mitochondrial – all of which are subtypes of hereditary ataxias. “This number is likely to increase,” said Opal. “However, we are quickly closing the gap in understanding the cause of neurodegeneration. Moreover, we know that genetically different ataxia syndromes converge to cellular pathways that we hope will help generate rationale drugs that can attack these pathways and eventually provide personalized medicine for patients diagnosed with this disease.”

As part of the ongoing efforts, the co-authors of the study will be examining the complexities of the genetic mutation in ataxias syndrome hoping to discover more types of ataxias that are still uncharacterized.