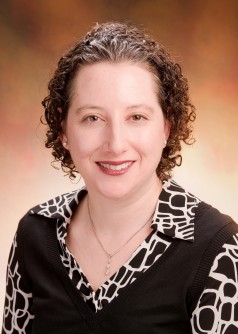 Dr. Marni Falk is the director of the Mitochondrial-Genetic Disease Clinic at The Children's Hospital of Philadelphia 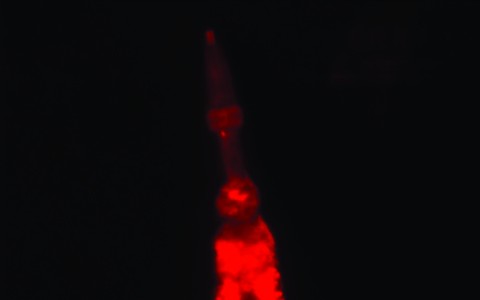 The Chidren’s Hospital of Philadelphia

In this microscopic worm, C. elegans, the red fluorescence marks areas where free radicals build up as a result of mitochondrial disease.

Resulting from malfunctions in mitochondria, the tiny organelles that supply energy to our cells, mitochondrial disorders are notoriously complex and variable, with no cures and few effective treatments. Impaired energy flow may affect many systems and organs, including the brain, heart and muscles. On top of causing a dizzying array of primary mitochondrial diseases, abnormal mitochondria are also culprits in a wide range of common conditions, such as type 2 diabetes, Parkinson’s disease, epilepsy, and even human aging.

“In this study, we investigated the effects of modulating not just signaling molecules, but two of the basic biological processes they regulate: protein translation and autophagy,” said Falk. “Both of these cellular activities are abnormal in mitochondrial disease, and we showed that using drugs that partially inhibit them offer novel treatment strategies.”

Translation is the process in which cells produce proteins specified by the genetic code in DNA and RNA. Autophagy is the mechanism by which cells digest their own components, usually as part of normal maintenance. In mitochondrial disorders, both of these processes run out of control and likely contribute to disease symptoms.

“Dysregulated translation and the increased autophagy that occurs in mitochondrial disease lead to an accumulation of defective or potentially toxic proteins,” said Falk. “The net effect is cell death. When we were able to slow down either or both of these basic processes, we improved mitochondrial disease symptoms in laboratory animals and in human patient cells.”

In this study, the research team found significant beneficial results from several existing human drugs. Rapamycin, an antibiotic and immunosuppressant, improved kidney disease in mice with a mitochondrial disorder caused by coenzyme Q deficiency. Probucol (used in the past as a cholesterol-lowering drug) improved lifespan and physiological functioning in mutant worms that had deficiencies in the mitochondrial respiratory chain—-the sequence of chemical reactions that oxidizes nutrients to generate energy. Both drugs inhibit signaling molecules that activate protein translation.

The most striking effects, said the authors, came from treating cells with drugs that partially inhibited both translation and autophagy. Lithium chloride, long prescribed for patients with bipolar disorder, and cycloheximide, an antibiotic, dramatically improved viability and cellular respiratory function in diverse human cell models of mitochondrial disease.

Further research should investigate how specific subgroups of patients with mitochondrial disorders could benefit from these and similar drugs. “The current findings,” said Falk, “open a new arsenal of therapies for patients with this challenging set of diseases. We will likely be able to positively intervene to improve patient health in mitochondrial diseases.”

With this knowledge in hand, the Mitochondrial Disease Clinical Center at CHOP is planning early-stage clinical research trials to pharmacologically target the cellular consequences of mitochondrial disease.

Funds from the National Institutes of Health (grants HD065858, AG18001), the Kelsey Wright Foundation and the Juliet’s Cure Mitochondrial Disease Research Fund supported this research. In addition to her CHOP position, Falk is on the faculty of the Perelman School of Medicine at the University of Pennsylvania. 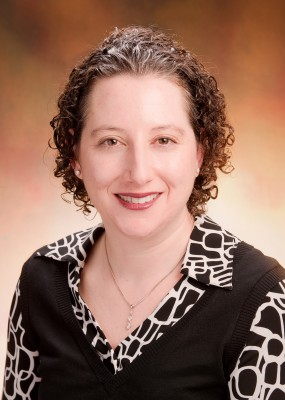 Caption: Dr. Marni Falk is the director of the Mitochondrial-Genetic Disease Clinic at The Children's Hospital of Philadelphia 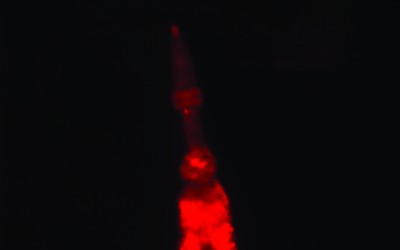 Credit: The Chidren’s Hospital of Philadelphia

Caption: In this microscopic worm, C. elegans, the red fluorescence marks areas where free radicals build up as a result of mitochondrial disease.