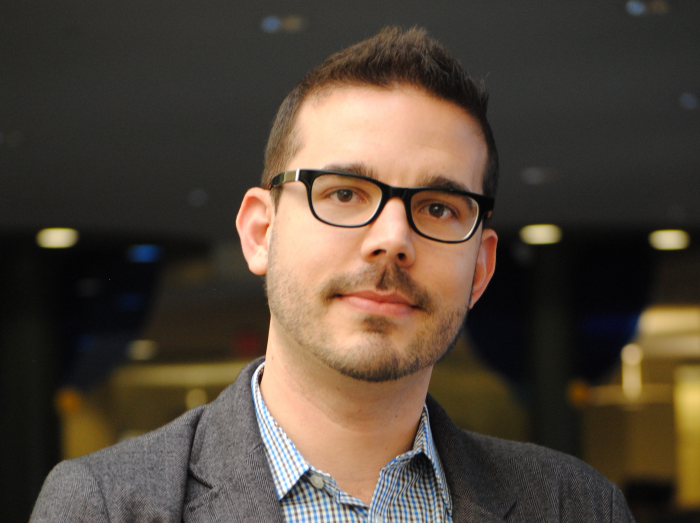 José Bauermeister, PhD, MPH, Presidential Professor of Nursing and Director of the Program on Sexuality, Technology, & Action Research (PSTAR), at the University of Pennsylvania School of Nursing (Penn Nursing).

Newswise — PHILADELPHIA (February 26, 2019) – More than 67 percent of all new HIV infections in the United States in 2016 occurred as a result of transmission through sexual contact among men who have sex with men (MSM). Young gay, bisexual, and other men who have sex with men (YGBMSM) are particularly at risk, accounting for 81 percent of new HIV infections among people ages 13 to 24. YGBMSM’s risks for HIV coincide with developmental milestones as they transition into adulthood, including their exploration and pursuit of sexual and romantic relationships. At present, many of those explorations take place over the Internet, as evidenced by the increasing use and popularity of social networking and dating sites.

Now, an innovative online intervention tool shows promise in decreasing sexual risk-taking and promoting HIV/STI prevention behaviors among YGBMSM as they meet partners online. A team led by José Bauermeister, PhD, MPH, Presidential Professor of Nursing and Director of the Program on Sexuality, Technology, & Action Research (PSTAR), at the University of Pennsylvania School of Nursing (Penn Nursing) designed the My Desires & Expectations (myDEx) tool to address cognitive and emotional factors that influence YGBMSM sexual decision-making when seeking partners online. myDEx was pilot tested in a randomized trial over 90 days with 180 YGBMSM participants. Results of the study were recently published in AIDS & Behavior.

“Preliminary results suggest that the YGBMSM who used myDEx reported greater trends in sexual risk reduction, improvements in HIV prevention behaviors, and noted positive changes in their emotional and cognitive decision-making,” said Bauermeister. “This intervention highlights the need for supportive digital environments where YGBMSM can access and practice how to integrate HIV prevention behaviors in their online dating practices.”

Compared to those in the control group, participants who used myDEx reported that the intervention made it easier to live a healthier life, found the intervention provided useful HIV prevention information, helped them make better choices about relationships, improved their communication skills, and improved their ability to meet the type of partner they look for.

“We also noted that myDEx participants would be more likely to continue using myDEx if it were publicly available, and are exploring opportunities that could make this a reality,” added Bauermeister.

Because YGBMSM often rely on the internet to meet sexual partners and refine their sexual and romantic interests, Bauermeister and his team focused on developing myDEx as an online tool. “Online-delivered HIV prevention interventions present a number of advantages, including opportunities to tailor content specific to each user’s HIV risk behaviors and context, to present material through different modes and interactive features, to access content from any location convenient to a participant, and to standardize its delivery in order to achieve higher intervention fidelity,” he explains.

Co-authors of the study include Ryan C. Tingler, MPH and Daniel Connochie, MPH, both of Penn Nursing; Michele Demers, MPH, Gage Gillard, John Shaver, Tanaka Chavanduka and Gary Harper, PhD, MPH, all of the University of Michigan. This research was sponsored by the National Institutes of Health (NIH), under R34 MH101997.

The University of Pennsylvania School of Nursing is one of the world’s leading schools of nursing. For the third year in a row, it is ranked the #1 nursing school in the world by QS University and is consistently ranked highly in the U.S. News & World Report annual list of best graduate schools. Penn Nursing is currently ranked # 1 in funding from the National Institutes of Health, among other schools of nursing, for the second consecutive year. Penn Nursing prepares nurse scientists and nurse leaders to meet the health needs of a global society through innovation in research, education, and practice. Follow Penn Nursing on: Facebook, Twitter, LinkedIn, & Instagram.

Caption: José Bauermeister, PhD, MPH, Presidential Professor of Nursing and Director of the Program on Sexuality, Technology, & Action Research (PSTAR), at the University of Pennsylvania School of Nursing (Penn Nursing).