Parents with PTSD Need to Talk to Their Kids 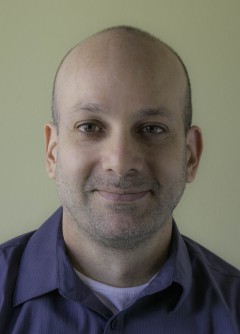 Newswise — Most people are aware of post-traumatic stress disorder, an anxiety disorder that can develop after a shocking, scary or dangerous event. It can cause irritability, emotional numbing, sleeplessness and other problems. What’s less well-known is how a parent’s PTSD can affect their children.

That’s an area that Tom Babayan, a licensed marriage and family therapist at UCLA, wants to draw attention to during PTSD Awareness Month in June. Based at the Nathanson Family Resilience Center at UCLA’s Semel Institute, Babayan helps people with PTSD learn to communicate about their symptoms to their children.

Parents don’t need to talk about their trauma to share their struggles, Babayan says. Instead, they should explain the PTSD-related behavior their children might be witnessing. For example: “Mom is having some bad memories once in a while; that’s why she seems irritated. It’s something we’re working on.”

“Keep in mind the age, and perspective, of your child,” Babayan says. “A lot of times kids are asking less about what actually happened, and more about the present moment; they’re concerned about who’s going to take them to baseball practice. Parents can imagine what’s important to child – and if they aren’t sure, explore it.”