31-May-2017 8:05 AM EDT, by Perelman School of Medicine at the University of Pennsylvania contact patient services
favorite_border 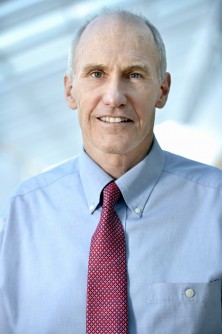 Newswise — PHILADELPHIA – The American Society of Clinical Oncology has named University of Pennsylvania cancer and HIV gene therapy pioneer Carl June, MD, as the 2017 winner of the David A. Karnofsky Memorial Award. The honor goes to an oncologist who has made outstanding contributions to cancer research, diagnosis, and treatment. In addition to receiving the award, June will give the Karnofsky Lecture on Saturday, June 3, during the American Society of Clinical Oncology Annual meeting in Chicago.

June is the Richard W. Vague Professor in Immunotherapy in the department of Pathology and Laboratory Medicine at Penn’s Perelman School of Medicine, the director of the Center for Cellular Immunotherapy in the Abramson Cancer Center, and the director of the Parker Institute for Cancer Immunotherapy at Penn. He is being recognized with the Karnofsky Award for his pioneering work developing a personalized cellular therapy for cancer known as chimeric antigen receptor (CAR) T cell therapy. Clinical trials of this approach began at Penn in 2010, and two of the first three patients to receive the therapy, for chronic lymphocytic leukemia (CLL) remain in remission nearly seven years later. Studies of the approach were later launched for acute lymphoblastic leukemia in both pediatric and adult patients who had stopped responding to conventional treatments, with results revealing that as many of 90 percent of patients who received the therapy went into remission. Additional studies using CAR T cell therapy are underway at Penn for non-Hodgkin’s lymphoma, multiple myeloma, glioblastoma, pancreatic and ovarian cancers, mesothelioma, melanoma, and breast cancer.

June has published more than 350 manuscripts and has received numerous prizes and honors, including election of the Institute of Medicine in 2012, the Paul Ehrlich and Ludwig Darmstaedter Prize, the William b. Coley award, the Karl Landsteiner Memorial Award from the AARB, the Richard V. Smalley Memorial Award from the Society for Immunotherapy of Cancer, the Philadelphia Award, the Hamdan Award for Medical Research Excellence, and the Novartis Immunology Award for Cancer Cell Therapy Development. He was elected to the American Academy of Arts and Sciences in 2014. In April, he was named a fellow of the American Association for Cancer Research Academy.

June is a graduate of the U.S. Naval Academy, as well as Baylor College of Medicine in Houston. He received graduate training in Immunology and Malaria at the World Health Organization in Geneva, Switzerland, and post-doctoral training in transplantation biology at the Fred Hutchinson Cancer Research Center.