PNG on Road to Ruin 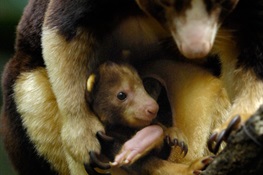 PNG on Road to Ruin

1. Papua New Guinea has the third largest tropical rainforest on the planet.
2. Using fine-scale biophysical and environmental data, researchers assessed a plan that calls for doubling PNG’s road network over the next three years.
3. The team found that roads would dissect more than 50 of PNG’s critical habitats home to rare species as Goodfellow’s and Matchie’s tree kangaroos and several birds of paradise, and would open up areas to hunting, logging, and land-conversion, including carbon-rich peatlands.