80 percent of New Yorkers favor a ban on ivory sales 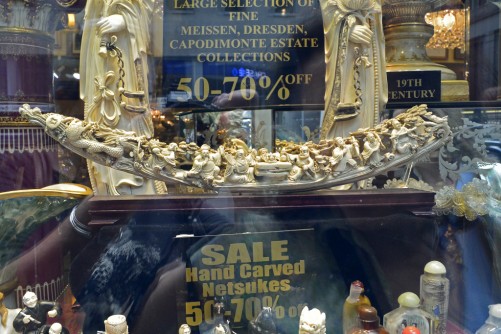 96 elephants are killed every day in Africa for their ivory

Newswise — NEW YORK (April 7, 2014) – A statewide independent survey shows that more than 80 percent of New York voters are in favor of a permanent state ban on the sale of ivory that is decimating Africa’s elephants, according to the Wildlife Conservation Society, organizer of the 96 Elephants campaign.

According to the survey, even when respondents were presented with opposing arguments that a ban would affect auction houses and antiques dealers along with the rights of private property owners, support remains strong.

Support for a ban is strong across all demographic groups, including region of the state, gender, and age, and is strong among members of all parties and political ideologies. Over three quarters of New York voters in the survey believe the African elephant faces the threat of becoming extinct in the next 10-20 years.

John Calvelli, WCS Executive Vice President of Public Affairs and Director of the 96 Elephants campaign said: “This survey clearly shows that New York Voters recognize that 96 elephants a day are being slaughtered, and that to get the world to take notice and save this iconic animal, New York needs to enact a ban. It will lead the way for the rest of the world to follow.”

Said Beth Allgood, U.S. Campaigns Director, International Fund for Animal Welfare: “Even beyond New York, Americans believe in the value of an ivory ban – a recent nationwide survey commissioned by IFAW showed widespread support across political parties and state lines. People understand how much elephants need our help, and New York is ready to take a much-needed step.”

Said Elly Pepper, Wildlife Advocate, Natural Resources Defense Council: “New Yorkers don’t want the largest species on land go the way of the dinosaur so we can keep trading jewelry, figurines, and trinkets. Fortunately, as the largest market in the U.S.—which is second only to China in its demand for ivory—we can make a difference before it’s too late. By stepping up now, we can ensure that zoos won’t be the only place for future generations to find these majestic creatures.”

Brian Shapiro, New York State Director of The Humane Society of the United States said, “The survey result is a resounding testament to the overwhelming support for an ivory trade ban in New York. As the largest market for ivory in the U.S., New York has a unique opportunity and an obligation to be at the forefront of the global effort by being the first state in the U.S. to ban the ivory trade.”

Global Strategy Group conducted a telephone survey of 600 registered voters in New York State from March 5-10, 2014. The margin of error for this survey at the 95 percent confidence level is +/- 4.0 percent for the overall sample.

A summary of the survey can be found here.

The campaign has already achieved success with the recent announcement by the Obama administration of a federal ban on most ivory sales. The campaign’s next steps are to pass state moratoria and close loopholes that would allow ivory to continue to be traded, as well as work with other nations on moratoria.

96 ElephantsWCS is leading global efforts to save Africa’s elephants and end the current poaching and ivory trafficking crisis. In September, WCS launched its 96 Elephants campaign to amplify and support the Clinton Global Initiative (CGI) “Partnership to Save Africa’s Elephants” by stopping the killing, stopping the trafficking, and stopping the demand. The WCS campaign focuses on: securing effective moratoria on sales of ivory; bolstering elephant protection; and educating the public about the link between ivory consumption and the elephant poaching crisis. www.96elephants.org