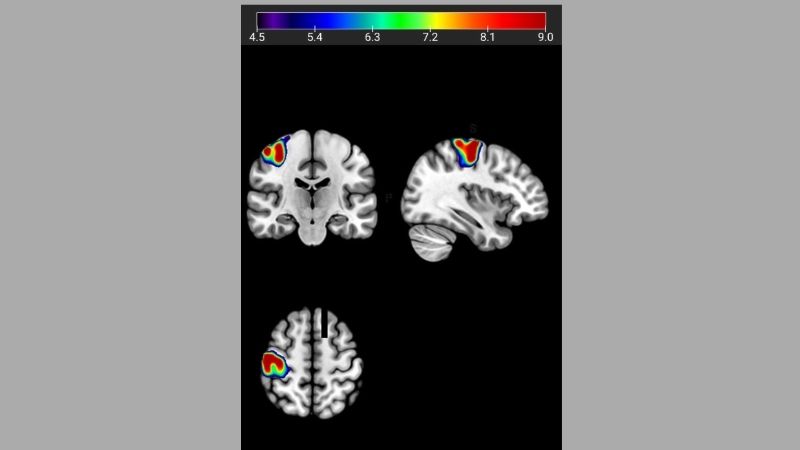 Newswise — More than a dozen drugs are known to treat symptoms such as hallucinations, erratic behaviors, disordered thinking and emotional extremes associated with schizophrenia, bipolar disorder and other severe mental illnesses. But, drug treatments specifically able to target the learning, memory and concentration problems that may accompany such disorders remain elusive.

In an effort to find such treatments, Johns Hopkins Medicine researchers report they have identified a genetic variation in the brain tissue of a subset of deceased people — some with typical mental health and some with schizophrenia or other psychoses — that may influence cognition and IQ. In the process, they unearthed biochemical details about how the gene operates.

Results of their work, described in the Dec. 1 issue of the American Journal of Psychiatry, could advance the development of drugs that target the enzyme made by this gene, and thus improve cognition in some people with serious mental illnesses or other conditions that cause reduced capacity in learning and memory.

Typical antipsychotic medications that treat schizophrenia symptoms regulate the brain chemical dopamine, a transmitter of nerve impulses associated with the ability to feel pleasure, think and plan, which malfunctions in patients with the disorder. However, previous genetic studies have also shown that another brain chemical signal transmitter, glutamate, a so-called “excitatory” chemical associated with learning and memory, plays a role as well. Another so-called neurotransmitter in this process, N-acetyl-aspartyl-glutamate (NAAG), specifically binds to a protein receptor found on brain cells that has been linked to schizophrenia, but how it impacts this disorder is unknown.

The research of clinical pharmacologist Kristin Bigos, Ph.D., assistant professor of medicine at the Johns Hopkins University School of Medicine, sought to explore more deeply the role of NAAG in cognitive impairment with the goal of eventually developing therapies for treating these learning, memory or concentration problems.

Using tissues gathered from a repository of brains from deceased donors belonging to the Lieber Institute for Brain Development, Bigos and her team measured and compared levels of certain genetic products in the brains of 175 people who had schizophrenia and the brains of 237 typical controls.

Bigos and her colleagues specifically looked at the gene that makes an enzyme known as glutamate carboxypeptidase II (GCPII), which breaks down NAAG into its component parts — NAA and glutamate. In the brains of people with schizophrenia and in the typical controls, they found that carriers of this genetic variant (having one or two copies of the gene variation) had higher levels of the genetic product that makes the GCPII enzyme.

In this experiment, they focused on 65 people without psychosis and 57 patients diagnosed with recent onset of psychosis, meaning many of them were likely to eventually be diagnosed with schizophrenia, at the Johns Hopkins Schizophrenia Center. Participants averaged 24 years of age, and 59% were men. About 64% of participants identified as African American, and the remaining 36% were white.

The researchers found 20% lower levels of NAAG in the left centrum semiovale — a region of the brain found deep inside the upper left side of the head — in the white participants both with and without psychosis who had two copies of the G version of the enzyme compared with other white people who had the A version.

To see if having the G or A version of the gene plays a role in cognition, the researchers tested IQ and visual memory in the healthy participants and those with psychosis, both white and African American. They found that people with the most NAAG in their brain (in the top 25%) scored 10% higher on the visual memory test than those in the bottom 25%. They also found that people with two copies of the G version of the GCPII sequence scored 10 points lower on their IQ test on average than the people with the A version of the gene, which the researchers say is a meaningful difference in IQ.

Finally, they showed that healthy carriers of the G version of the GCPII sequence had less efficient brain activity during a working memory task, as measured by functional MRI, by at least 20% compared with those people with the A version of the gene.

“Our results suggest that higher levels of the NAAG are associated with better visual and working memory, and that may eventually lead us to develop therapies that specifically raise these levels in people with mental illness and other disorders related to poor memory to see if that can improve cognition,” says Bigos.

Some patient or volunteer recruitment costs were supported by the Mitsubishi Tanabe Pharma Corporation.