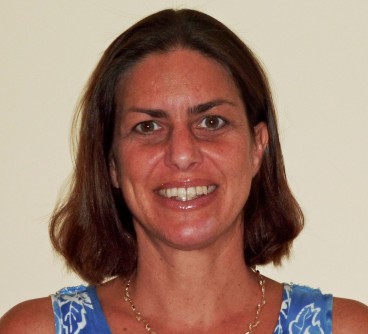 Newswise — Women with a severe form of morning sickness who take antihistamines to help them sleep through their debilitating nausea are significantly more likely to experience adverse pregnancy outcomes, including low birth weight babies and premature births, a UCLA study has found.

The findings, the first to link antihistamine use to adverse pregnancy outcomes, are important because babies born before 37 weeks often are hospitalized longer than full term babies, can experience problems breathing and feeding, are more prone to infection and can suffer from developmental problems. Women with this condition considering taking such medications should know the risks, said study lead author Marlena Fejzo, an assistant professor of research in obstetrics and gynecology at UCLA.

The severe morning sickness, called hyperemesis gravidarum (HG), is the same condition that Duchess Kate Middleton recently experienced. Its cause is unknown and the symptoms are intense - the continuous nausea and vomiting can be so violent that women in the study reported suffering from detached retinas, blown eardrums, cracked ribs and torn esophagi, Fejzo said. The symptoms can last for several months or the entire pregnancy.

“It was surprising to find the link between antihistamines and adverse outcomes as these are over-the-counter medications that are used commonly by women with HG during pregnancy,” said Fejzo, who had undiagnosed HG during her first pregnancy and nearly died during her second, losing the baby at 15 weeks gestation. “Women and their healthcare providers should be aware of the risk for adverse outcomes when deciding which medications to take to treat their HG symptoms.”

The study appears June 10, 2013 in the European Journal of Obstetrics and Gynecology and Reproductive Biology.

The six-year study compared pregnancy outcomes in 254 women with HG who were sick enough that they needed treatment for dehydration with intravenous fluids to 308 women who had normal or no morning sickness during pregnancy. Fejzo said they found women with HG had four times the risk of adverse outcomes. The link between HG and adverse outcomes has been shown in several previous studies.

Fejzo also found that the medications were reportedly effective in less than 20 percent of the women that took them.

“Some doctors will suggest that their HG patients take Unisom to help them sleep through their nausea,” Fejzo said. “Our findings show not only that the use of antihistamines is linked with adverse outcomes, but also that they’re not that effective. Women with HG should be aware of that so they can make educated decisions on how to treat their HG symptoms.”

Adrienne Downs of Culver City experienced some nausea and vomiting during her first two pregnancies, but nothing out of the ordinary. Her third pregnancy was not so run-of-the-mill. She soon began suffering from constant nausea, vomiting around the clock every 20 minutes or so. She was hospitalized twice, five days each time, to get intravenous fluids to treat her severe dehydration and malnutrition.

“I literally could keep nothing down for months,” said Downs. “I couldn’t even get up out of bed and take care of my family. It was horrible. I was very scared for my baby. How would it get any nutrition if I couldn’t eat or drink?”

Downs lost 12 pounds in three weeks early in her pregnancy. Her mother had to move in to take care of Downs’ sons, 4 and 2, and try to find something her daughter could keep in her system. Now at 21 weeks gestation, Downs’ symptoms have subsided somewhat, although she still can only keep down fluids. She had gained back some of the weight she lost.

Downs said she did not take antihistamines to treat her HG symptoms, but she said the findings are important.

“As pregnant moms, we want to be the best ‘house’ for our babies that we can,” she said. “I had never heard of this condition before I got it, so I’m glad that UCLA researchers are studying HG and may one day find the cause.”

Fejzo said HG is diagnosed in 0.2 to 2 percent of pregnant women, although rates are higher in China. She said much more work needs to be done to study the short- and long-term outcomes of medication use during pregnancy.

She and her team currently are studying outcomes in HG pregnancies to determine if the violent nausea and vomiting have any effects on the children later in life.

“We desperately need support for research into HG to determine its cause so that medications can be designed that are safe and effective,” Fejzo said. “The greatest risk factor for HG other than a previous HG pregnancy is having a sister who had HG, which increases the risk by 17-fold. This suggests a genetic component is at work.”

Fejzo and her team are collecting saliva from women with HG and women with normal pregnancies and are studying the DNA extracted from the saliva to look for genes that may predispose women for HG. She hopes once a cause is discovered, drugs can be developed to either prevent or more effectively treat the condition.

The study was funded by the Hyperemesis Education and Research Foundation.

European Journal of Obstetrics and Gynecology and Reproductive Biology