A Childhood Cancer Survivors Study led by St. Jude Children’s Research Hospital suggests that reducing risk factors like hypertension might lower the risk of heart disease for survivors as they age 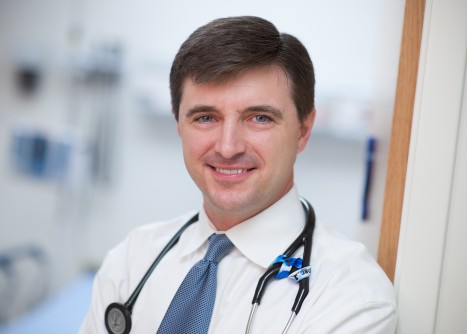 Research led by Greg Armstrong, M.D., of St. Jude Children's Research Hospital suggests that reducing risk factors like hypertension might lower the risk of heart disease for childhood cancer survivors as they age. 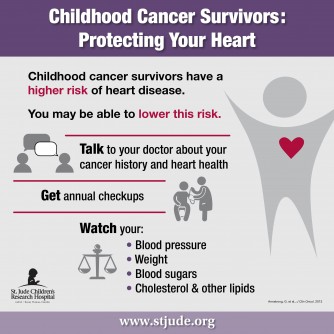 The Childhood Cancer Survivor Study (CCSS) is one of the first to focus on how hypertension, diabetes, obesity and elevated blood lipids contribute to cardiovascular disease in childhood cancer survivors. The research concentrated on risk factors that can often be modified with diet, exercise and other lifestyle changes. The federally funded CCSS follows survivors of childhood cancer treated at 26 medical centers in the U.S. and Canada. St. Jude is its coordinating center.

The risk was greatest for survivors whose cancer treatment had included therapies associated with heart damage. The findings suggest that risk factors linked to lifestyle, particularly hypertension, intensify the impact of those childhood cancer treatments and accelerate development of heart disease.

The results reinforce the importance of survivors receiving annual medical screenings to check blood pressure, weight, cholesterol and other health indicators, said the study’s first and corresponding author Greg Armstrong, M.D., an associate member of the St. Jude Department of Epidemiology and Cancer Control. Screenings have a track record of reducing heart disease in the general population and are recommended for childhood cancer survivors. “For doctors who are caring for survivors, the key message from this study is that aggressive management of hypertension is especially important for this population,” Armstrong said.

Nationwide, there are an estimated 395,000 survivors of childhood cancer. With overall pediatric cancer survival rates now 80 percent, the number of survivors will continue to grow.

The study included 10,724 childhood cancer survivors, half younger than 34 years old and 3,159 siblings whose average age was 36 and who had not been diagnosed with childhood cancer. The survivors were all at least five years from their cancer diagnosis and half had survived for more than 25 years.

The difference was even more dramatic when investigators focused on survivors whose cancer treatment included either chest irradiation or a class of chemotherapy drugs known as anthracyclines. Both are associated with an increased risk of serious heart problems. While treatments have changed since survivors in this study battled cancer in the 1970s and mid-1980s, anthracyclines and chest irradiation still play essential roles in childhood cancer treatments.

Such treatment-related risk left survivors with normal blood pressure at a five-fold increased risk of coronary artery disease. Researchers found survivors with the same treatment history but who had also developed hypertension were at a 37-fold increased risk. Researchers found similarly dramatic differences in the likelihood of heart failure, heart valve disease or arrhythmia depending on whether the at-risk survivors reported treatable risk factors in addition to their cancer-treatment-related risk.

“For survivors whose cancer treatment included cardio-toxic therapy, we found that preventable factors, particularly hypertension, resulted in a risk beyond what is likely from a simple additive effect,” Armstrong said. Having both treatment-associated risk and hypertension resulted in double-digit excess risk of coronary artery disease, heart failure and other serious heart problems.

The study’s other authors are Kevin Oeffinger and Charles Sklar, both of Memorial Sloan-Kettering Cancer Center, New York; Yan Chen and Yutaka Yasui, both of University of Alberta, Edmonton; Toana Kawashima, Wendy Leisenring and Eric Chow, all of Fred Hutchinson Cancer Research Center, Seattle; Marilyn Stovall and Jean-Bernard Durand, both of the University of Texas M.D. Anderson Cancer Center, Houston; Daniel Mulrooney and Leslie Robison, both of St. Jude; and Ann Mertens, William Border and Lillian Meacham, all of Emory University, Atlanta.

The research was supported in part by grants (CA55727 and CA21765) from the National Cancer Institute at the National Institutes of Health and ALSAC. 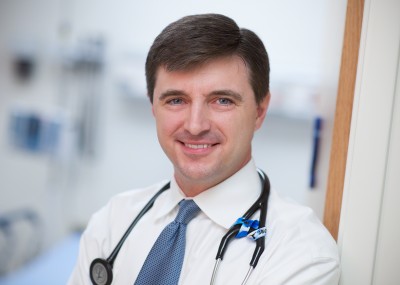 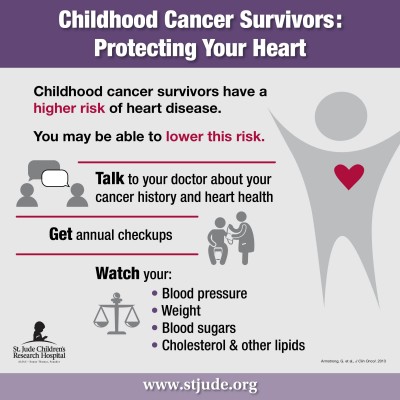