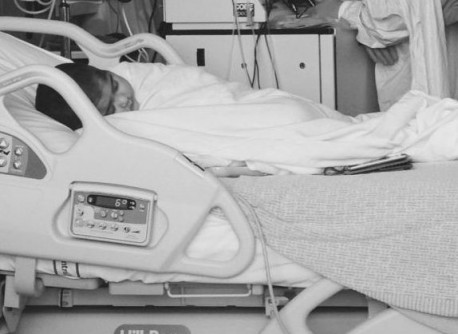 ondon Bowater fought for her life for nearly 180 days in the hospital when she developed severe GVHD after a cord blood transplant.

Newswise — To pass the nearly 180 days she was a patient in Seattle Children’s Cancer Unit with graft-versus-host disease (GVHD), London Bowater took orders from her doctors, nurses and other patients and families for friendship bracelets that she would braid from her hospital bed.

While her handicraft would help fill the time between treatments, it did little to help ease the severe GVHD she developed after a cord blood transplant for acute lymphoblastic leukemia.

“Her hair was falling out and her intestines were hemorrhaging blood, yet somehow my little ray of sunshine still managed to stay positive and touch all the amazing doctors and nurses with her kindness,” said Nicholas Bowater of his then 8-year-old daughter. “At one point the hemorrhaging was so bad, I melted.  I went into the empty room next door and lost it. I knew we would need a miracle.”

After a year of chemotherapy in her hometown of Spokane, Washington, London’s cancer relapsed on New Year’s Eve in 2013. That following spring, she underwent a cord blood transplant at Seattle Children’s. The transplant, plus an additional round of chemotherapy, successfully put her cancer back into remission. It wasn’t until seven months later when the family was returning from a trip to Alaska that GVHD began to ravage London’s body.

“We were about halfway home from the airport in Seattle when London said she wasn’t feeling well,” said Bowater. “I reached over to feel her forehead and she was on fire.”

When Bowater called London’s doctors at Seattle Children’s, they told him to get her to the nearest emergency room so she could be airlifted to the hospital. Once admitted, doctors found she had GVHD as well as multiple viruses attacking her system.

GVHD is the most deadly complication that can arise after stem cell transplantation, despite these transplants offering the best hope for a cure for leukemia, immune-mediated and other metabolic conditions. GVHD occurs when the donated T cells, white blood cells in the immune system that fight infection, attack a patient’s organs, including the skin, liver, kidneys, lung, and the gastrointestinal tract. About 50-70% of stem cell transplant patients will acquire GVHD. Of those who develop the most severe form, up to half will die. 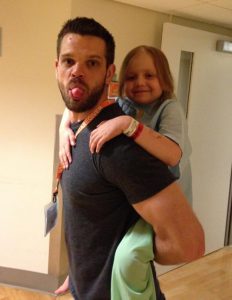 Even on the darkest days, London, with her dad here, stayed positive.

“Every time we take a child to transplant, our greatest hope is to cure their disease,” said Dr. Leslie Kean, associate director of the Ben Towne Center for Childhood Cancer Research at Seattle Children’s Research Institute. “The most heartbreaking thing we see as transplant physicians is a patient who dies of graft-versus-host disease after receiving a transplant that cures their cancer. The most effective way to treat GVHD is to prevent it from ever happening. ”

To successfully rebuild the immune system and prevent relapse after a stem cell transplant, it is necessary to have the right balance of two types of T cells – effector T cells and regulatory T cells.

In many cases, the drugs currently available to prevent and treat GVHD are often ineffective because they suppress the immune system too broadly. The treatments eliminate the bad, overactive effector T cells, but they can also suppress the good, regulatory T cells.

“We’re getting better at controlling effector T cells, but it’s a very high bar to find a therapeutic strategy that both can reign in the effector T cells and allow regulatory T cells to flourish,” said Kean, who is also an associate professor of pediatrics at the University of Washington School of Medicine and a member of the Fred Hutchinson Cancer Research Center. “Achieving the right balance remains one of the great mysteries of preventing GVHD after transplant.”

Building on a decade of work dedicated to finding the right combination of therapies to prevent GVHD, promising new research by Kean and a research scientist in her lab, Dr. Victor Tkachev, suggests this balancing act is within reach.

In their research published today in Science Translational Medicine, Kean and Tkachev combined one drug already available to transplant patients, sirolimus, with an experimental, novel human antibody therapy that targets a key pathway in T cell activation known as the OX40:OX40L pathway. Kymab, a biopharmaceutical company, is currently testing the antibody, known as KY1005, in its first-in-human trials.

The drugs work synergistically to prevent GVHD by blocking two different pathways important to T cells. Sirolimus works as an inhibitor of the mTOR pathway, slowing the production of a protein that stimulates effector T cells while stabilizing the regulatory T cells. However, sirolimus alone does not adequately control effector T-cell activation. It’s for this reason the addition of KY1005 is critical, as it prevents the continued attack of healthy tissue by the effector T cells.

“Here, we show how KY1005 silences the signaling that activates effector T cells while leaving regulatory T-cell function untouched,” said Tkachev. “Alone, neither drug could completely orchestrate this delicate balance, but when we tested them together, they proved highly effective in this difficult task.” 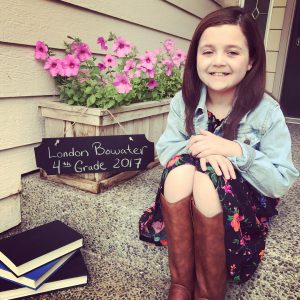 “In all my years, I’ve never seen a combination as successful at controlling GVHD as this,” said Kean. “Our findings suggest this combination may represent a new way for us to tune the immune system after transplant.”

Kean said a clinical trial to test the sirolimus-KY1005 combination in patients is in the early planning stages with Kymab and Seattle Children’s. Such a therapeutic option, if successful in patients, would offer an attractive strategy to prevent GVHD in patients like London.

“I still wear the bracelet London made for me as a reminder that no child should have to experience graft-versus-host disease,” said Kean.

London overcame GVHD with access to another experimental therapy called mesenchymal stromal cells that her transplant doctor, Dr. Paul Carpenter, obtained through compassionate use with the U.S. Food & Drug Administration as her last line of treatment hope.

Within 28 days of infusion, London was running down the hallways of the hospital. Today, now 10, London is in the fourth grade and is a Girl Scout for the first time. She continues to gradually wean off the steroids that keep her immune system in check, but has no GVHD symptoms and remains cancer-free.

“The GVHD took a greater toll than cancer or the transplant itself,” said Bowater. “What London lived through was devastating. There was a period in the hospital when London and I would have serious conversations about death.”

When Bowater learned about Kean’s work to prevent GVHD, he was overcome with emotion.

“I know there are a lot of kids that aren’t as fortunate as London,” said Bowater. “Seeing what GVHD did to her and knowing it could have been worse, I believe anything that can stop GVHD from happening to anyone else is 100% worth it.”