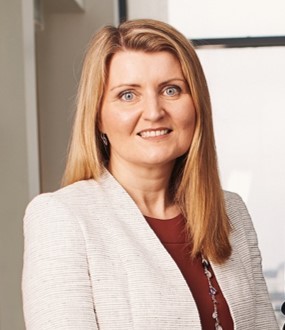 Newswise — Scientists at Queen’s University Belfast have discovered a new molecule which has the potential to prolong the life of individuals with cystic fibrosis (CF).The molecule represents a possible future treatment and works by altering cellular ion channels resulting in improved airway hydration and significantly increased mucus clearance.

For individuals with CF, normal airway clearance mechanisms which keep the lungs free of infection are defective. As a result, a build-up of mucus occurs and predisposes the individual to chronic bacterial infection. The ensuing cycles of chronic infection and airway inflammation cause progressive destruction of the airways, which is ultimately fatal.

The innovative approach could reduce the frequency of these infections through a novel protease inhibitor which prevents activation of the epithelial sodium channel; ENaC. The research involved a team of scientists from Queen’s University alongside colleagues at the Royal College of Surgeons in Ireland and the University of North Carolina, and was funded by The Cystic Fibrosis Trust.

Speaking about the breakthrough, Dr Lorraine Martin from the School of Pharmacy at Queen’s University Belfast, said: “This is an important finding which could provide a novel therapeutic opportunity relevant to all individuals with CF, as the targeting of ENaC is independent of their underlying CF mutation. This strategy could prevent the significant lung damage that results from chronic cycles of infection and inflammation, with potential impact on quality of life as well as life expectancy. This is a further example of Queen’s University’s research advancing knowledge and changing lives.”

Ed Owen, Chief Executive at the Cystic Fibrosis Trust, said: “We are thrilled with these initial findings and are excited to see how the next stage of preclinical testing progresses. We are pleased to have been able to fund this world class project at its early stage and welcome the drug development programme planned over the coming years. Research is the biggest single area of investment for the Cystic Fibrosis Trust and it's wonderful to see projects like this making such positive progress in our fight for a life unlimited."

Currently available pharmacological alternatives are only suitable for a small subset of patients depending on the disease-causing genetic mutation.

The breakthrough, led by Dr Lorraine Martin and researcher, Dr James Reihill, has been published in the American Journal of Respiratory and Critical Care Medicine.

About Cystic Fibrosis - • Cystic Fibrosis is a life shortening genetic condition – only half will live to celebrate their fortieth birthday• The Cystic Fibrosis Trust is the only UK-wide charity dedicated to fighting for a life unlimited for everyone affected by cystic fibrosis• Two million people in the UK are carrying the faulty gene without realising it. You could be one of them. If two carriers have children, there’s a one in four chance their child will have the condition, which slowly destroys the lungs and digestive system• Cystic fibrosis is an inherited disease caused by a faulty gene. This gene controls the movement of salt and water in and out of your cells, so the lungs and digestive system become clogged with mucus, making it hard to breathe and digest food• People with cystic fibrosis often look perfectly healthy. But it’s a lifelong challenge involving a vast daily intake of drugs, time-consuming physiotherapy and isolation from others with the condition.