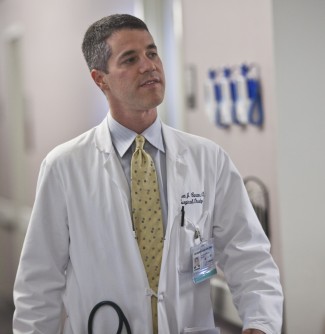 Newswise — UC Davis researchers have shown that radiation therapy following surgery benefits older patients more than their younger counterparts, a surprising finding that could change the way some patients are treated for soft tissue sarcomas (STS).

The study, published today in the journal Anticancer Research, used data from the Surveillance, Epidemiology, and End Results (SEER) program to assess whether radiation treatments after surgery improved disease-specific and overall survival in patients with non-metastatic sarcomas.

They found that radiation did increase survival compared to surgery alone, but the improvements mostly benefited patients 65 and older. This is the first time these outcomes have been analyzed on such a granular level, factoring in both age and cancer subtype.

“We found that older patients had a survival benefit with radiation, but in younger patients, many of those benefits went away,” said Robert Canter, associate professor in the Department of Surgery and principal investigator on the paper. “It seems that older patients respond better to the combination of surgery and radiation.”

There are more than 50 different types of soft-tissue sarcomas, which develop in muscles, fat and other cell types. While these conditions are generally treated surgically, it was not clear whether radiation therapy after surgery improved survival.

To clarify the issue, Canter and colleagues crunched data from SEER, which has gathered detailed cancer statistics since the 1970s. Analyzing data collected between 1990 and 2011, the team identified 15,380 non-pediatric patients with non-metastatic STS who were treated with surgery alone or with surgery and radiation.

The group pulled data on the tumor site, grade, size, cancer subtype and year of diagnosis, as well as the patient’s age, gender and other demographic information.

The team found significant improvements in overall survival and disease-specific survival in older patients across the majority of sarcomas. This was particularly true of the 12 major STS subtypes, including rhabdomyosarcoma, fibrosarcoma and synovial sarcoma. Younger patients benefited much less from radiation.

These results were somewhat surprising, as the researchers expected radiotherapy to primarily improve survival for younger patients.

“We were thinking it would be the opposite,” said Canter. “If the benefit is immune-mediated, younger patients should respond better since they have stronger immune systems.”

Canter notes that more work must be done to validate the findings and illuminate the mechanisms that drive these age-related radiotherapy benefits. However, the work does offer a path to improve STS treatments for older patients.

“We sometimes don’t want to treat older people with radiation because we’re worried about the side effects,” said Canter. “However, these results indicate these patients should really be receiving it if they are candidates.”