Even though the film industry knows about the link between smoking in movies and its effect on teens' behavior, that knowledge hasn't been reflected in the film ratings system 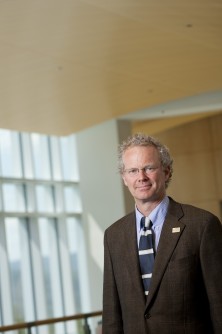 Newswise — The connection between smoking in films and its influence on adolescent behavior is well established by research and its impact was listed today in consumer materials accompanying the Surgeon General’s Report: The Health Consequences of Smoking: 50 Years of Progress

Research from Norris Cotton Cancer Center estimates the impact of an R rating for movie smoking. James Sargent, MD, emphasizes that an R rating for any film showing smoking could substantially reduce smoking onset in U.S. adolescents—in fact, according to Sargent's data, the effect would be similar if all parents took an active, authoritative stand with their teenage children against smoking, Sargent says.

Smoking and cancer"Smoking is a killer. Its connection to cancer, heart attacks, and chronic lung disease is beyond doubt. Kids start to smoke before they're old enough to think about the risks; after starting they rapidly become addicted and then regret it. Hollywood plays a role by making smoking look really good," says Sargent. "By eliminating smoking in movies marketed to youth, an R rating for smoking would dramatically reduce exposure and lower adolescent smoking by as much as one-fifth.

"We're just asking the movie industry to take smoking as seriously as they take profanity when applying the R rating," adds Sargent, who is also professor of pediatrics at The Geisel School of Medicine at Dartmouth. "The benefit to society in terms of reduced healthcare costs and higher quality of life is almost incalculable."

Movie smoking prompts teens to smokeThe study, "Influence of Motion Picture Rating on Adolescent Response to Movie Smoking" (Pediatrics, Vol. 130, No. 2, August 2012), enrolled a total 6,522 U.S. adolescents in a longitudinal survey conducted at eight-month intervals. Movie smoking exposure (MSE) was estimated from 532 recent hit movies, categorized into three of the ratings brackets used by the Motion Picture Association of America to rate films by content—G/PG, PG-13, and R. Median MSE from PG-13 movies was approximately three times higher than median MSE from R-rated films but their relation to smoking was essentially the same. The investigators were able to show that adolescent smoking would be reduced by 18 percent if smoking in PG-13 movies was largely eliminated, all else being equal. In comparison, making all parents "maximally authoritative" in their parenting with regard to smoking would reduce adolescent smoking by 16 percent, according to Sargent's findings.

The research was supported by a grant from the National Cancer Institute (grant CA077026) and the American Legacy Foundation. It was funded by the National Institutes of Health.