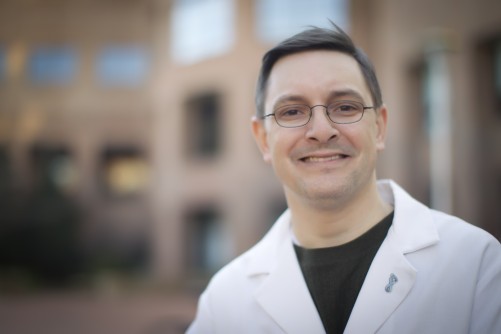 Newswise — Researchers from the University of North Carolina Lineberger Comprehensive Cancer Center have discovered how different mutations in a specific gene help drive glioblastoma, the most lethal form of brain cancer.

In the preclinical study, researchers investigated whether the location of the mutation within the sequence of the PIK3CA gene affected the mutation’s ability to help drive cancerous growth. They also tested whether mutations within certain sequences of the gene were linked to better responses to particular drugs. They found mutational status was not linked to a response to a single targeted drug, but it was to a combination of treatments.

UNC Lineberger’s C. Ryan Miller, MD, an associate professor in the UNC School of Medicine Departments of Pathology and Laboratory Medicine, Neurology, and Pharmacology, said the findings, published in the journal PLOS ONE, call for a more refined approach to precision medicine for glioblastoma, requiring more information about mutations that occur in a particular tumor.

“One approach to personalized medicine has been to sequence the tumor to find any type of mutation in genes for which there are drugs that target them, and then treat all patients the same,” Miller said. “We think it’s going to need to be more nuanced than that. We will need to take into consideration not only whether there are mutations in genes like PIK3CA, but also: where the mutation is in the gene, and what is its biochemical mechanism? Not only that, but what are the other concurrent mutations in the tumor – what other genes are mutated, and are they druggable too?”

Glioblastoma is the most common primary malignant brain tumor in adults. Current treatments, which can include surgery, radiation and chemotherapy, have had limited effectiveness. A newly diagnosed patient has median survival of 12-15 months, and the five-year survival rate is less than 5 percent. Clinical trial results have been disappointing for drugs targeting certain molecular pathways driven by mutations commonly found in the disease.

Studies have found that the PIK3CA gene is mutated in about 10 percent of glioblastoma cases. Unlike some cancers in which mutations frequently occur in a specific location, or “hotspot,” of a gene, mutations in PIK3CA can occur in multiple different parts of the gene in glioblastoma.

“For most of the successful examples of personalized medicine in solid tumors, the targets are hotspot mutations that activate a gene, which activates its signaling pathway, which drives the disease,” Miller said. “Those tumors are addicted to that signaling. What interested us about this target is it didn’t really fit that profile. The mutations were in multiple protein domains, and based on the sequence, you could predict that they would have different biochemical mechanisms of action.”

In studies in glioblastoma cells, researchers found that specific mutations in the PIK3CA gene help to drive the cancer. And while the presence of mutations was not linked to a greater response to treatment with a single drug targeting the PIK3CA pathway, they did see improved response with two different therapies: buparlisib and selumetinib.

“When we did the drug studies, we found that the mutation status of the cells really didn’t predict response to the drug, unless we included a second drug in combination that targeted a parallel pathway,” Miller said.

The next step for the researchers will be to evaluate drugs targeting the particular downstream effects of the different pathways. Miller said researchers hope future studies could help identify additional potential therapeutic targets in glioblastoma, while helping to guide clinical trials using existing drugs.