30-May-2017 8:05 AM EDT, by University of Arkansas, Fayetteville
favorite_border 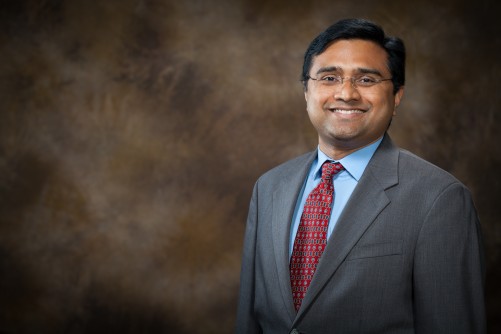 Newswise — FAYETTEVILLE, Ark. – An international, multidisciplinary research team, including an engineering professor at the University of Arkansas, has discovered a mechanism that controls the formation and function of plate-like nanocrystals that play a critical role in bone composition.

The researchers’ discovery, published in the May 2017 issue of Biomaterials, advances the field of tissue engineering and could lead to the creation of a synthetically produced biomaterial to replace bones.

Arun Nair, assistant professor of mechanical engineering, contributed to the project by generating computational models at the nanometer scale. A nanometer is about the width of two silicon atoms. The simulations were performed at the U of A’s Arkansas High Performance Computing Center. To predict the mechanical properties, Nair relied on density functional theory, a quantum mechanical modeling method used to understand the structure of atoms, molecules and other biological processes.

“This research suggests, for the first time, that a chemical substitute, in absence of protein or other organic substances, affects the crystallite morphology of bone mineral,” Nair said. “These are nanometer-sized crystallites, but still, the finding provides a much better understanding of the processes that control size and shape of particles that make up bone.”

Bone is composed of protein collagen and mineral in the form of plate-like nanocrystals. Previous research has shown that the mineral crystallites play a critical role in proper bone function and physiology. Their nanometer size renders them nearly flawless, which contributes to bone strength. Though researchers have known that nanocrystal size and morphology are critical to the proper mechanical and physiological functioning of bone, the mechanism that controls these properties has been unclear.

The team included researchers from Columbia University in New York, Imperial College in London, Massachusetts Institute of Technology, Washington University in St. Louis, University of Toulouse in France and Franklin and Marshall College in Pennsylvania.