Findings reveal a difference between strains of HCV 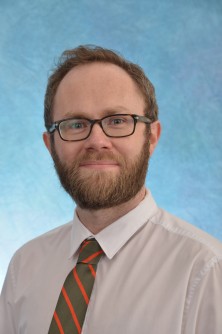 Newswise — Chapel Hill, NC – Globally, an estimated 71 million people are living with chronic hepatitis C virus (HCV). Over decades of infection, chronic HCV infection results in progressive damage to the liver and an increased risk for end stage liver disease and liver cancer, making the virus the leading cause of liver-related deaths in the United States today. While effective combination therapies have recently been developed, HCV can evolve to become resistant to these antiviral drugs, potentially resulting in treatment failures. Resistance is particularly important for one class of medications used in treatment, for which the mechanism by which it stops growth of the virus is poorly understood. For the first time, researchers at the University of North Carolina at Chapel Hill have identified how the class of antiviral drugs known as NS5A inhibitors interacts with the virus, and their findings show a difference between strains of HCV. These results were published in PLOS Pathogens.

“When HCV infects a liver cell, it establishes replication complexes (RCs) within the cell,” said David McGivern, Ph.D., lead-author and an associate professor in the UNC Division of Infectious Diseases. “These may be thought of as factories that replicate the virus genetic material. We wanted to understand how long these factories persist in an infected cell after treatment with an NS5A inhibitor.”

The research team has shown previously NS5A inhibitors block the formation of new RCs, but do not affect existing RCs, which are ultimately lost from the cell during treatment. The team used NS5A inhibitors to estimate the half-life of the existing RCs and found a difference in the speed of decline depending upon the strain of HCV.

“The majority of people who undergo antiviral treatment clear their HCV infection,” said McGivern. “But about 5 percent of people experience treatment failure, often associated with drug resistance. Our findings have potentially important implications for this group of people. Did the treatment fail because replication complexes turned over more slowly? Do some strains of HCV need longer treatment? A better understanding of these issues may lead to more effective therapies active against a broader range of viruses.”

The UNC team collaborated with researchers at North Carolina State University, Los Alamos National Laboratory in New Mexico and the Istituto Nazionale di Genetica Molecolare in Italy. This study was funded by the National Institute of Allergy and Infectious Diseases and the Office of the Director at the National Institutes of Health.