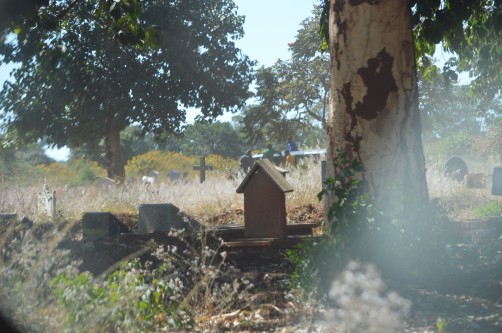 Survival represents the most important indicator of successful HIV treatment, according to the researchers. According to UNAIDS, AIDS-related deaths have fallen by 50 percent since 2005—largely due to the successes of national HIV programs with support from  PEPFAR and the Global Fund. Yet, because routine monitoring and evaluation fails to systematically capture most deaths, it can be challenging to accurately assess the impact of HIV services and to identify where improvement is most needed, the researchers say.

The Better Information for Health in Zambia (“BetterInfo”) study begins to examine HIV survival rates in Zambia. Published January 12 in PLOS Medicine, the work was conducted by a team of researchers co-led by Charles Holmes, MD, MPH, faculty co-director of Georgetown University Medical Center’s Center for Global Health and Quality, and visiting associate professor at Georgetown’s School of Medicine. Holmes led the work along with Izukanji Sikazwe, MBChB, MPH, chief executive officer of the Centre for Infectious Research in Zambia (CIDRZ) and Elvin Geng, MD, MPH, of the University of California, San Francisco. Holmes, who previously led CIDRZ, also serves as associate professor of international health at the Johns Hopkins University Bloomberg School of Public Health and associate professor of medicine at the Johns Hopkins University School of Medicine.

The research was conducted in Zambia through a partnership with CIDRZ and the Zambian Ministry of Health, in close collaboration with numerous local and global academic centers and researchers.

The research group set out to provide a more accurate representation of site- and regional-level mortality among people on HIV therapy in Zambia by characterizing the extent of under-reporting of mortality and the variability in data collection and use, and to assess the broader impact this might have on treatment programs and outcomes.

The group applied a multistage sampling-based approach—which they say is a novel methodology in this context—to obtain regionally representative mortality estimates in four Zambian provinces (Lusaka, Southern, Eastern, and Western). The estimates were also sufficiently precise to quantify variation in death rates among clinic sites.

They looked at a sample population of more than 160,000 patients who had visited government-operated HIV treatment sites in these provinces to determine: the magnitude of deaths of those who were taking antiretroviral therapy (ART); when deaths occurred; which groups are at highest risk of death; and whether these factors differ by region, facility, or other variables.

They also traced patients who were lost to follow-up to ascertain their status, and then used this information to create a corrected regional survival estimate as well as corrected site-specific mortality estimates.

The BetterInfo study concluded that mortality is substantially underreported in routine provincial program data—by as much as three- to nine-fold—among HIV-infected individuals starting ART, leading to a change in the ranking of provinces by mortality rates.

At the site-level, “corrected” mortality rates were found to be up to 23-fold higher among those on ART. The study also found unexpectedly high variability from site to site in reported mortality rates, ranging from less than 1 death per 100 person-years to up to 13.4 deaths per 100 person years over a two-year period.

“Even as we strive to reduce new HIV infections and end the HIV pandemic as a public health threat, we must not lose sight of premature deaths occurring amongst people living with HIV who are on treatment,” Holmes says. “HIV treatment is not a ‘set it and forget it’ proposition—deaths often occur outside of the health system and are therefore ‘silent’ events that are unknown to those providing or managing care.

“We believe our scalable approach, which builds on and extends earlier sampling methods, provides actionable data to clinic, provincial and national decision-makers to ensure the HIV program in Zambia is able to become more patient-centered and impactful,” he says.

Based on the findings, certain prevailing assumptions that underlie HIV programs may need to be reexamined. For example, the researchers say it has been assumed that most patients on treatment for longer periods of time will be more stable than those just starting treatment. However, the study data suggest that time on therapy alone may not be a reliable marker of stability, a finding that will have implications for delivery strategies recommending less health system interaction for patients considered clinically stable.

In addition, approximately 50 percent of deaths among those newly starting ART occurred relatively shortly after a recent clinic visit, suggesting even greater need for attention to diagnostic services and clinical vigilance for potential co-existing illnesses.

Overall, the authors seek to encourage national- and global-level policy makers to investigate and address the root causes of underestimated and highly variable mortality rates so they can refocus their quality improvement efforts and strengthen HIV programs.

“These data from the BetterInfo study have provided new targets for quality improvement efforts, and we look forward to further evidence as it emerges that will enable us to support the strongest possible national HIV program in Zambia,” says CIDRZ’s Sikazwe. “We recommend that others consider the application of similar large-scale surveillance methodologies in order to better understand their program outcomes, and we are excited to facilitate broader adoption through the forthcoming release of a “BetterInfo” toolkit and other materials.”

Holmes adds, “We believe our study also highlights the critical need for investments in vital status registries and data systems to enable better visibility into patient outcomes. These investments are critical not just for the HIV response, but for broader efforts to combat chronic conditions such non-communicable diseases and achieve universal health coverage.”

The study was funded by the Bill & Melinda Gates Foundation (OPP1105071). This work was also supported by the infrastructure and services of the Johns Hopkins University Center for AIDS Research (NIH/NIAID P30AI094189) (CBH), and University of California, San Francisco-Gladstone Institute of Virology & Immunology Center for AIDS Research (NIH/NIAID P30 AI027763) (EG), and (NIH/NIAID K24 AI134413) (EG). The authors report having no personal interests related to the study.

“Estimated mortality on HIV treatment among active patients and patients lost to follow-up in 4 provinces of Zambia: Findings from a multistage sampling-based survey.” https://doi.org/10.1371/journal.pmed.1002489

About Georgetown University Medical Center  Georgetown University Medical Center (GUMC) is an internationally recognized academic medical center with a three-part mission of research, teaching and patient care (through MedStar Health). GUMC’s mission is carried out with a strong emphasis on public service and a dedication to the Catholic, Jesuit principle of cura personalis -- or “care of the whole person.” The Medical Center includes the School of Medicine and the School of Nursing & Health Studies, both nationally ranked; Georgetown Lombardi Comprehensive Cancer Center, designated as a comprehensive cancer center by the National Cancer Institute; and the Biomedical Graduate Research Organization, which accounts for the majority of externally funded research at GUMC including a Clinical and Translational Science Award from the National Institutes of Health. Connect with GUMC on Facebook (Facebook.com/GUMCUpdate), Twitter (@gumedcenter). Connect with Georgetown University School of Medicine on Facebook (Facebook.com/somgeorgetown), Twitter (gumedicine) and Instagram (@GeorgetownMedicine).