Researchers Publish Sobering Statistics on Physical Inactivity in the U.S. 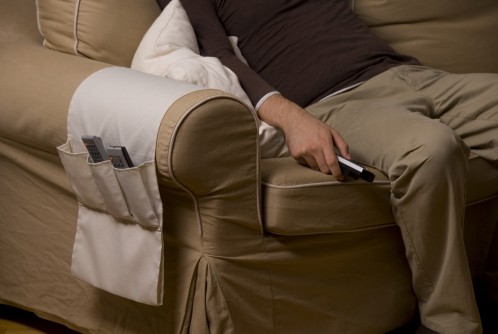 The statistics of physical inactivity in the U.S. are staggering and quite the eye opener. According to Healthy People 2020, approximately 36 percent of adults do not engage in any leisure-time physical activity, despite the fact that walking may be comparable to more vigorous exercise in preventing a cardiovascular event.

Newswise — What do a prominent physiologist and two-time survivor of pancreatic cancer and a world-renowned researcher whose landmark discoveries on aspirin, drug therapies of proven benefit and therapeutic lifestyle changes that have saved more than 1.1 million lives have in common? They are both passionate about the importance of regular physical activity in reducing risks of dying from heart attacks and strokes, as well as developing diabetes, hypertension and colon cancer. And more importantly, enhancing mental health and fostering healthy muscles, bones and joints in all Americans from childhood to the elderly.

Steven Lewis, Ph.D., visiting professor in the Charles E. Schmidt College of Medicine at Florida Atlantic University, and Charles H. Hennekens, M.D., Dr.P.H., the first Richard Doll Professor and senior academic advisor to the dean in FAU’s College of Medicine, have published a commentary online ahead of print in the American Journal of Medicine titled, “Regular Physical Activity: Forgotten Benefits.” In the commentary, they stress how lack of physical activity in Americans poses important clinical, public health and fiscal challenges for the nation.

The statistics of physical inactivity in the U.S. are staggering and quite the eye opener. According to Healthy People 2020, approximately 36 percent of adults do not engage in any leisure-time physical activity, despite the fact that walking may be comparable to more vigorous exercise in preventing a cardiovascular event. Even in patients who have had a heart attack and who undergo cardiac rehabilitation, it’s estimated that less than 15 percent actually participate in cardiac rehabilitation following discharge.

Men and women who engage in regular physical activity experience statistically significant and clinically important reductions in the risk of dying from coronary heart disease, the leading cause of death in the U.S. The authors point out that brisk walking every day for only 20 minutes, which can be practiced even among the oldest adults, confers a 30 to 40 percent reduced risk of a heart attack.

“There’s a lot more that we can do to address this national epidemic among people of all ages,” said Lewis. “For example, clinicians should screen and refer obese patients to programs that offer intensive counseling for weight control and physical activity. This simple, straightforward and easily achievable objective may be the first necessary step to lower rates of obesity and physical inactivity in the U.S. today.”

Patients commonly ask their physicians questions such as, “What exercise should I do?” “How long should I do the exercise, how often and how hard do I need to exercise?” The authors emphasize the need for better defined guidelines for the types, intensities, frequencies and durations of exercise for clinicians to provide to their patients. “Unfortunately, most Americans prefer prescription of pills to proscription of harmful lifestyles such as physical inactivity,” said Hennekens. “In general, any pharmacologic intervention should be an adjunct, not alternative, to therapeutic lifestyle changes such as increasing levels of physical activity. Based on the current totality of evidence, when compared with most pharmacologic therapies, exercise is more readily available at a low cost and relatively free of adverse effect.”

Both Lewis and Hennekens practice what they preach and participate in daily physical activity. Lewis had a miraculous recovery, beating all odds by surviving two bouts of pancreatic cancer, the first in 2007 and a recurrence in the liver almost three years later. He persevered with major surgeries, radiation treatments and chemotherapy. He attributes part of this success to maintaining an extremely positive attitude and a vigorous lifestyle that includes exercising regularly to maintain a high level of physical fitness and health. Hennekens was inducted into the Queens College Athletic Hall of Fame and was the first to be inducted into both the Achievement Hall Fame as well as the Athletic Hall of Fame. From 1995 to 2005, according to Science Watch, Hennekens was the third most widely cited researcher in the world and five of the top 20 were his former fellows and/or trainees. In 2012, Science Heroes ranked Hennekens No. 81 in the history of the world for having saved more than 1.1 million lives, which placed him two ahead of professor Jonas Salk ranked No. 83 for the development of the polio vaccine. In 2013, he received the “Fries Prize for Improving Health” and in 2014, he received the Alton Ochsner Award for his pioneering work on smoking and health. In 2015, he was ranked the No. 14 “Top Scientist in the World” based on his H-index of 173. Hennekens was just appointed by FAU President John Kelly to serve on the university’s Intercollegiate Athletics Committee.