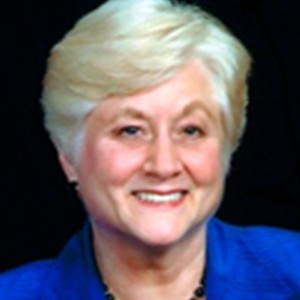 Newswise — ATLANTA—A Georgia State University researcher, in collaboration with researchers at the University of Pennsylvania and Florida State University, has received a five-year, $7.7 million federal grant to study the consequences of West Nile and Zika virus infections on the human central nervous system.

The three-part study is funded by the National Institute of Allergy and Infectious Diseases of the National Institutes of Health. It aims to develop three-dimensional human brain models called organoids. They will be used to study the parameters of brain infections with neurotropic flaviviruses, such as West Nile and Zika, screen candidate antiviral compounds and study novel therapeutic approaches.

Dr. Margo Brinton, Regents’ Professor in the Department of Biology, is leading one of the grant's three projects, which will explore the effects of virulent and avirulent strains of West Nile virus on different types of human brain cells.

The grant will help Brinton determine which types of human neural cells can be infected by the West Nile virus, as well as how the virus infection affects the functions and gene expression of various types of brain cells and whether factors produced by infected cells can affect uninfected neighboring cells.

Brinton and her lab will use two-dimensional cultures of individual types of brain cells and three-dimensional organoids provided by the researchers at the University of Pennsylvania led by Dr. Guo-li Ming, professor of neuroscience in the Perelman School of Medicine. The 2D cell cultures and organoids are developed through tissue engineering of human skin cells to create pluripotent cells. The pluripotent cells are then differentiated into neural progenitor cells, which can differentiate into various types of brain cells. To create organoids, neural progenitor cells are placed in hammock-like slings suspended in specialized culture media where they assemble into a mini brain-like structure.

Florida State researchers, led by Dr. Hengli Tang, professor in the Department of Biological Sciences, will work on the Zika portion of the study. The Brinton and Tang laboratories will infect organoids with their respective viruses and compare the phenotypes and pathologies between the West Nile virus and Zika virus-infected organoids.

“Because of obvious ethical reasons, experimental studies of brain virus infections cannot be done in humans,” Brinton said. “The organoids provide a way to obtain good models of the human brain without using human embryos to obtain the initial cells. We have previously used animal models for studying virus infections of the human brain but these models do not accurately duplicate the conditions in human brains. The further development of brain organoids that represent different regions of the brain will provide more accurate human brain models that can be used to understand the differences between these two different neurotropic viruses that are members of the same virus family but have very different disease effects in humans.”

Researchers at Emory University, led by Dr. Zhexing Wen, assistant professor in the Department of Psychiatry and Behavioral Sciences, will work as the scientific core for the study, providing cells and analyzing cell gene expression.