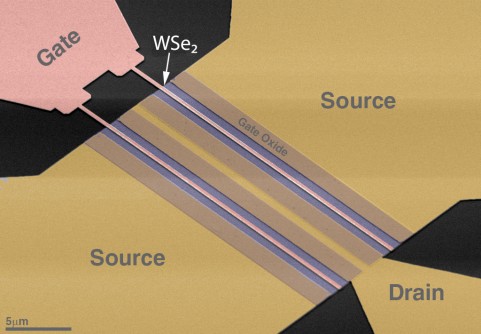 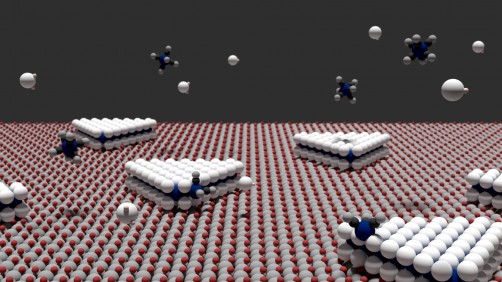 Newswise — UNIVERSITY PARK, Pa. -- Since the discovery of the remarkable properties of graphene, scientists have increasingly focused research on the many other two-dimensional materials possible, both those found in nature and concocted in the lab. However, growing high quality, crystalline 2D materials at scale has proven a significant challenge.

“Up until now, the majority of 2D devices have been fabricated using small flakes that are exfoliated off of bulk crystals,” Redwing said. “To develop a device-ready technology, you have to be able to make devices on large-area substrates and they have to have good crystal quality.”

The process uses sapphire as the substrate because of its crystalline structure. This structure orients the film growth in a crystal pattern in a process called epitaxy. As small islands of the material form on the substrate and the substrate is heated, the islands spread out across the substrate in a uniform pattern forming a large-area film without gaps and with very few defects.  The key advance was the use of gas source chemical vapor deposition to precisely control the island density and rate of spreading to achieve a single layer of the 2D material.

They published their work, “Diffusion-Controlled Epitaxy of Large Area Coalesced WSe2 Monolayers on Sapphire,” in the journal Nano Letters.

“The primary significance of this work is we were able to achieve an understanding of the extrinsic factors that go into having a high-quality 2D material,” Robinson said. “What we found was that even when you grow oriented crystals on a surface, there are other factor that impact the ability to get high electron mobility or fast transistors.”

In particular, they found that there is a strong interaction between the sapphire substrate and the monolayer film, with the substrate dominating the properties. To overcome these challenges, the researchers grew two or three layers, which improved the performance by factors of 20-100 times.

“This is the first real evidence of the effect of the substrate on the transport properties of 2D layers,” Robinson said.

First author on the Nano Letters paper is Xiaotian Zhang, a Ph.D. student in Redwing’s group. Yu-Chuan Lin, a former Ph.D. student in Robinson’s group, is the first author on the paper in ACS Nano. Both Redwing and Robinson are coauthors on both papers and are both members of the Materials Research Institute and the Penn State Two-Dimensional Crystal Consortium – Materials Innovation Platform, a National Science Foundation national user laboratory advancing the state-of-the art in the crystal growth of atomically thin 2D materials for next generation electronics (NSF cooperative agreement DMR-1539916).

In addition to NSF, support for the researchers was provided by the Dow Chemical Company, the Semiconductor Research Corporation through the Center for Low Energy Systems Technology (LEAST) and DARPA, the Defense Advanced Research Projects Administration. 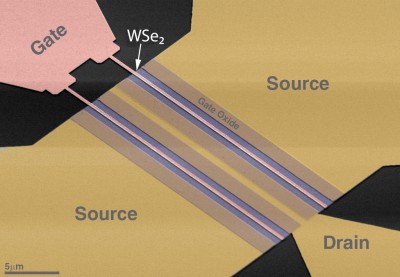 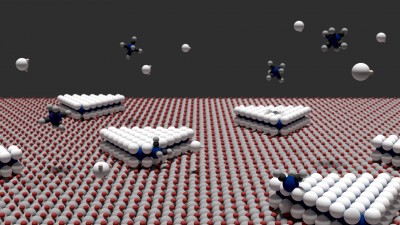