Scientists Discover Why Some Cancers May Not Respond to Immunotherapy 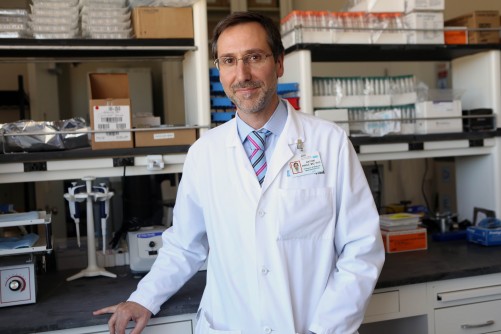 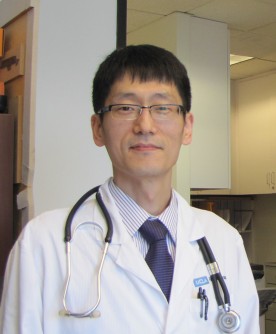 FINDINGSNewswise — UCLA scientists have discovered that people with cancers containing genetic mutations JAK1 or JAK2, which are known to prevent tumors from recognizing or receiving signals from T cells to stop growing, will have little or no benefit from the immunotherapy drug pembrolizumab. This early-stage research has allowed them to determine for the first time why some people with advanced melanoma or advanced colon cancer will not respond to pembrolizumab, an anti-PD-1 treatment.

The study, led by Dr. Antoni Ribas, director of the UCLA Jonsson Comprehensive Cancer Center Tumor Immunology Program, also found that JAK1 or JAK2 genetic mutations led to a loss of reactive PD-L1 expression. PD-L1 is an immune biomarker expressed on tumor cells and pembrolizumab requires an abundance of it to effectively attack cancer cells.

BACKGROUNDIn previous findings published in the New England Journal of Medicine, UCLA researchers analyzed pairs of tumors before a person underwent immunotherapy treatment and after relapse. Ribas and colleagues discovered that one of the tumors lost a gene called B2M, which changed how the body’s immune system recognized the cancer. The loss of gene B2M caused JAK1 and JAK2 to function improperly by preventing the immune system from attacking the cancer.

In 2014, pembrolizumab, which is marketed as Keytruda, was approved by the U.S. Food and Drug Administration to treat advanced melanoma. Since then it has helped thousands of people live longer. The drug was also approved last year to treat people with advanced non-small-cell lung cancer. It works by blocking the interaction between two negative immune signals mediated by PD-1, a cell receptor expressed on immune cells, and its ligand PD-L1, a biomarker expressed on cancer cells.METHODThe study was conducted over a two-year period and used biopsies from people with melanoma and colon cancer who received pembrolizumab. The researchers also studied the effects of genetic mutations in 48 previously studied melanoma cells lines. IMPACTUCLA researchers are currently studying animal models with JAK1 and JAK2 genetic mutations to help develop new and improved combination treatments for people who do not respond to anti-PD-1 treatment.

AUTHORSThe lead author of the study was Ribas, who is also the director of the Parker Institute for Cancer Immunotherapy Center at UCLA, and Dr. Daniel Shin, clinical fellow in the division of hematology and oncology at the David Geffen School of Medicine at UCLA, was first author.

JOURNALThe study is published in Cancer Discovery, a journal of the American Association for Cancer Research.

FUNDINGThe research was funded by Stand Up to Cancer, the Parker Institute for Cancer Immunotherapy, the Ressler Family Foundation and the National Institutes of Health.